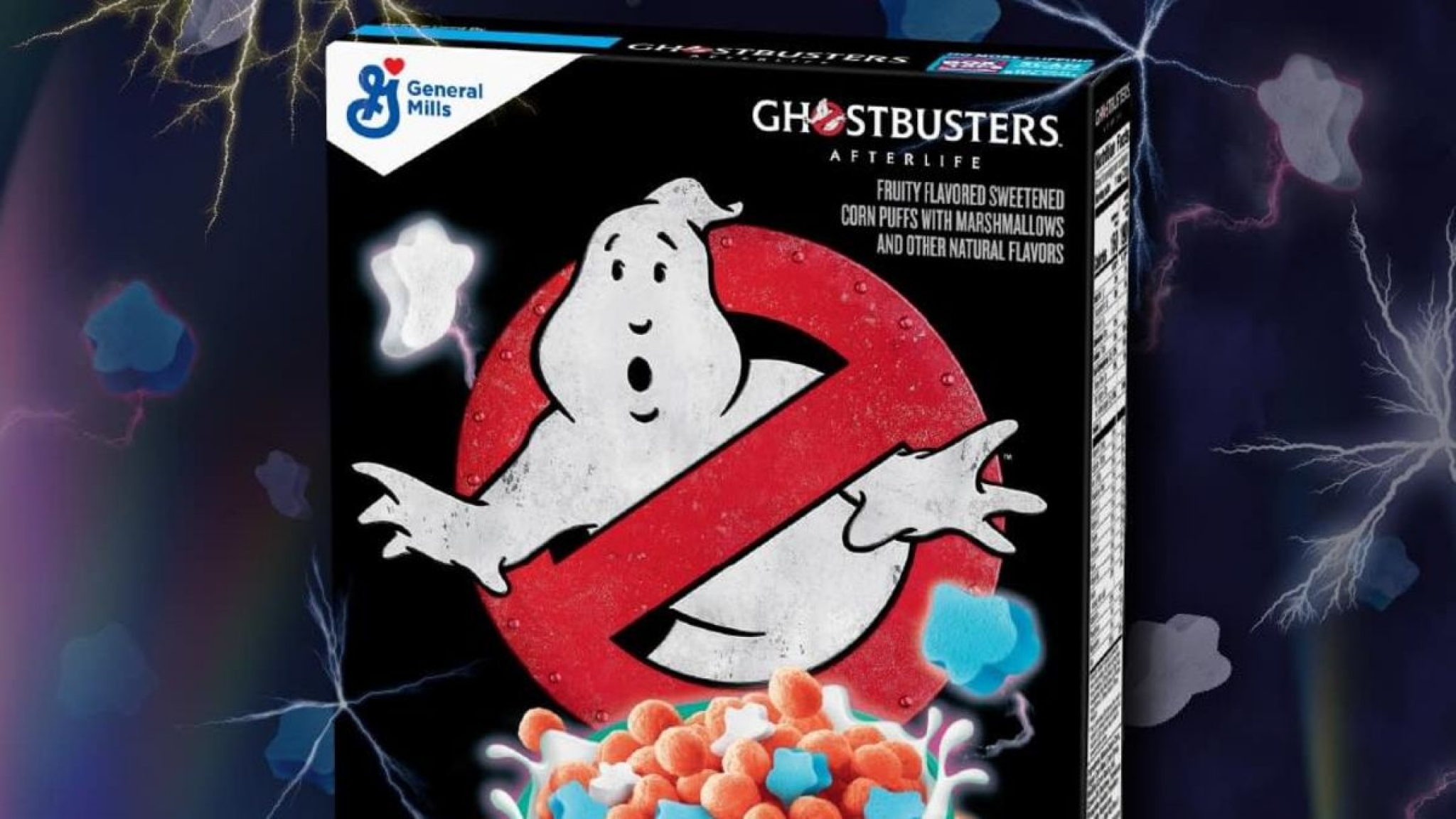 Toys and CollectiblesAction figures, statues, exclusives, and other merchandise. Beware: if you look here, you’re probably going to spend some money afterwards.

There’s something strange in the neighborhood grocery store’s cereal aisle. Something. And by “strange,” I mean bad.

Look, I’m not proud to admit that I am completely infuriated by a box of cereal, but this new tie-in for the upcoming fan-service fest titled Ghostbusters: Afterlife is simply terrible. There’s simply one thing these crappy movie tie-in cereals are supposed to be, and it’s to be clearly tied to the films they’re cashing in on. Somehow, the Ghostbusters: Afterlife cereal fails at this incredibly simple task.

The white marshmallows are obviously supposed to be ghosts, although they’re so lazily shaped they look more like swords or the space shuttle. Seriously, if the marshmallow on the lower-right quadrant of the bowl in the tweet had been slightly a few more degrees to the left, I wouldn’t have been able to tell.

But the blue rounded stars are apparently ectoplasm. This is almost certainly a lie, and the blobs are actually supposed to represent a certain ghost that’s going to show up in the film, but General Mills isn’t allowed to clarify this because the movie studio wouldn’t let it, because movie studios are needlessly secretive about dumb things like this. But if you go check out the ghost, you will discover that these blobs don’t look like the ghost or ectoplasm. They look like blue rounded stars, which is to say they look like nothing. They’re just confusing and bad and should have been left out entirely. Better yet, they should have been replaced by something more clearly Ghostbusters-y, like the Mini-Pufts featured in the damn Tweet or even Slimer.

Maybe they’ll taste good, which they better, because the actual cereal is made of completely generic rounded corn puffs, the least imaginative cereal bits ever created. They’re Kix, and no child or adult in the history of the world has ever been excited to eat Kix. I think they’re supposed to be red to evoke the Ghostbusters logo, except that makes no sense and also they’re not actually red.

What makes me extra-mad is that Ralston made Ghostbusters-themed cereal more than 25 years ago, and it was way, way better:

Look! Marshmallow ghosts that are significantly more ghost-shaped! Little “anti” symbols that are red! I don’t know what is up with the yellow-orange “anti” rings, but we should have higher standards for crappy cash-grab cereals now than we did back in the ‘80s. (Plus, free gum!)

I realize there are a lot of real issues facing the world, and I know the quality or lack thereof of Ghostbusters: Afterlife cereal is not one of them. There just need to be some standards. Also, I probably need a nap.