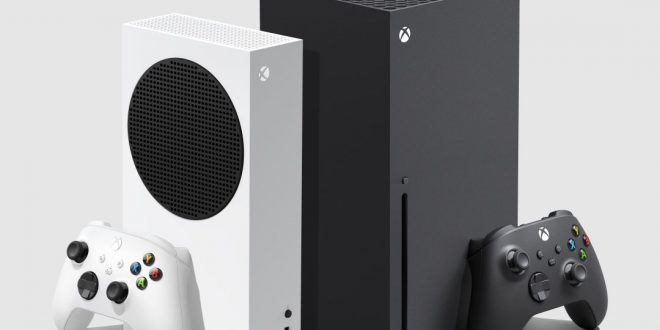 Your move, PS5: What Microsoft’s Xbox moves suggest Sony might do

It was a long game of price-war chicken, but it’s finally come to a close.

Microsoft flinched first, and now we know how much the next generation of console gaming will cost. The Xbox Series S and Xbox Series X will officially launch November 10th starting at $299, the company announced this week, after spending 15 months revealing details about its next-generation Xbox in dribs and drabs.

Many questions remain, like whether the $299 Xbox Series S will truly feel next-gen, since it’ll only have a third the raw GPU performance of the $499 Xbox Series X and less than half that of the PlayStation 5. (They’re all based on the same AMD RDNA 2 graphics architecture.)

But the biggest question is a little more immediate: What will PlayStation do? It’s about time to find out.

There’s a likely reason both Sony and Microsoft have been leading us along for well over a year (Sony confirmed the PlayStation 5 in October 2019, if you’ll recall). Presumably, they’ve been drawing out this fight because neither company wanted to reveal its price first, only to give the other an opportunity to take advantage. Too high, and your competitor can undercut you; too low and you’re leaving money on the table, or even selling your product at a loss. When Sony revealed it had undercut the Xbox One by $100 with the PS4 in 2013, it immediately began to look like Sony had pulled a coup.

But there’s no reason for Sony to hold back now that Microsoft has revealed its hand. The question is how low Sony should go, how low it can afford to go, because as strong as the PS4 has been and as weak as Xbox once seemed, $299 is an incredible starting price that seems impossible to meet or beat.

Let’s put $299 in perspective. Historically, a “next-gen console” hasn’t cost as little as $299 since the Xbox 360, and only if you picked the “Core” version that omitted a hard drive to hit that price. Otherwise, it hasn’t happened since the original Xbox and PS2 duked it out at the turn of the millennium, and as Kotaku points out realistically not even then: adjusted for inflation, those consoles each cost about $450 in today’s money. While Nintendo’s Switch, Wii U, Wii, GameCube, and N64 have kept up neatly with inflation to cost around $300 each in modern money, they haven’t competed on technical performance since the GameCube in 2001.

($299 is also low enough you can’t just build a gaming PC for the same price — the 512GB NVMe solid state drive in the Xbox Series S alone would eat a sixth of that budget, and a mid-range graphics card from 2017 still costs upwards of $140.)

Meanwhile, there have already been questions about Sony’s ability to sell the PS5 for less than $500 — much less $300. In February and again in April, Bloomberg games industry journalist Takashi Mochizuki reported that component shortages and rising memory prices were forcing Sony to consider higher prices at launch than the PS4 or PS4 Pro, with one estimate suggesting it would cost $450 for Sony just to manufacture the new console.

And while Sony has apparently managed to ramp up PS5 production 50 percent (to as many as 10 million consoles through March 2021), Sony is still signaling that supplies will be limited — you now have to apply to wait in line for a mere chance to pre-order a PS5, a process which still sounds patently absurd two weeks later.

But before we count out the PS5 being price-competitive with Xbox, let’s also consider Sony’s advantages — like how both its digital-only and disc-drive equipped model are likely to be more powerful than the $300 Xbox Series S; Sony’s track record of recent exclusive hits (like Spider-Man and Horizon Zero Dawn, both of which have PS5 sequels); how Sony is making a case for next-gen with next-gen exclusive games; and how weak Microsoft’s first-party lineup is looking by comparison.

I walked away from Microsoft’s big Xbox Games Showcase on July 23rd thinking there wasn’t a good reason for me to buy an Xbox at all, because every key game is coming to Windows PC as well. Some are coming to the existing Xbox One, too; many will be playable via Microsoft’s xCloud cloud gaming service via an Android phone; and there’s a serious question whether some of the biggest Xbox games will even be available until two years after launch. Microsoft’s theoretical killer app, Halo Infinite, has already been delayed until 2021 and got a brand-new project lead after some fans criticized its graphics.

Sony may be able to argue it has the games you want — and perhaps also that the Xbox Series S isn’t a “true” next-gen console.

Besides, back when Bloomberg reported on the PS5 pricing woes, Sony had yet to reveal that it would be shipping two consoles this holiday season, and it’s quite possible that Sony’s “PlayStation 5 Digital Edition” will give the company some serious pricing leverage.

As far as we can tell, the only difference between the two PS5s is the removal of a 4K Ultra HD Blu-ray drive — “The PS5 gameplay experience will be the same,” says Sony — but a disc drive isn’t necessarily a cheap part. When Microsoft introduced a similar drive in the $299 Xbox One S in 2016, research firm IHS estimated that drive alone cost $33.50. When Microsoft removed that drive to create the Xbox One S All-Digital Edition three years later, it shaved a full $50 off the price of the console.

The savings for Sony aren’t just in the components, either; Sony won’t have to pay Blu-ray and DVD licensing fees, which could cost $8 per console all on their own. Anybody who buys a PS5 Digital Edition likely gives Sony a larger cut of each game, because they’re sold through the PlayStation Store instead of Amazon, Target, GameStop or the like. Digital games also can’t be resold, so more buyers will have to purchase them at higher prices new. Even those who prefer discs may find fewer used discs in the market because digital buyers won’t have any to drop off at their local GameStop.

Considering all this, it might be easier for Sony to decide to sell the PS5 Digital Edition at a loss (or break-even), because those factors could make the razor-and-blades business model work better than it ever has before. Assuming people buy the PS5 to begin with, of course.

Imagine for a moment that Sony prices the PS5 Digital Edition at $400, and the disc-equipped version at the same $500 that Microsoft is asking for the Xbox Series X — perhaps even $550, if the PS5 is supply-constrained and thus more desirable for early adopters anyhow. Imagine Sony (and journalists) pitting Microsoft’s $300 Xbox Series S against its $400 PS5 Digital Edition, and showing you vividly how much uglier cross-platform, cross-gen games like Call of Duty Black Ops: Cold War look on that particular Xbox.

Heck, imagine Sony taking advantage of the black-box nature of its ridiculous invite-only PS5 preorder queue to steer gamers towards whichever version of the console will help its bottom line, while only offering the other system to a select few.

Not too hard to imagine, right? Microsoft might be thinking bigger picture than consoles now, and some will absolutely pick the Xbox Series S if it costs less than PS5, too. They probably won’t be wrong to do so: it sounds like it could be a phenomenal gaming box for the money. But overall, this console race is Sony’s to lose. We’re just waiting on Sony’s choice — and Microsoft has all but ensured it won’t be “599 US dollars” this time.