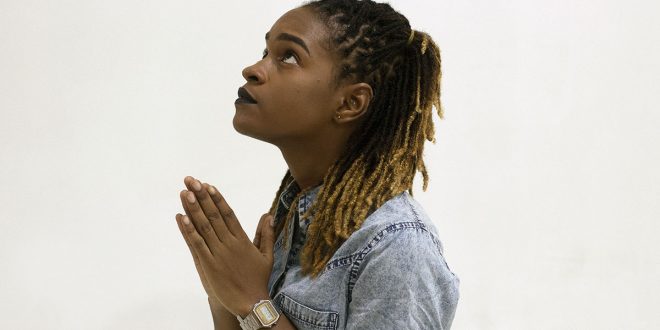 The 19 year old has earned an impressive number of cosigns in the past two years.
Earlier this month, Rihanna confirmed longstanding rumors that her upcoming ninth album would be a reggae project, and now it appears that one of the genre’s brightest young stars may be involved. Stockon, California rapper Haiti Babii recently revealed in an interview with BET that he had a FaceTime session with Rih, where the Bajan singer said that rising reggae artist Koffee is writing for her.
“I asked her, ‘Ri, what’s up with Koffee? Do you know who that is?’” Haiti Babii recalled. “And I spelled the name wrong at first, but she was like ‘Koffee? Yeah, that’s one of my writers. You guys definitely have to link. I need something now.’” This doesn’t confirm that the Jamaican singer is writing specifically for Rihanna’s project, although that does seem to be the implication.
The 19-year-old Koffee first went viral in 2017 with her song “Legend,” a tribute to Jamaica’s star Olympian Usain Bolt . Since then, her 2018 single, “Toast,” has taken off, and she’s performed alongside major names like Chronixx and Protoje . She even received a cosign from Rihanna earlier this year, when Rih posted a video of herself singing along to “Toast”:
Rumors about Rihanna’s new album have been swirling for years now. In 2018, Rolling Stone reported that she was choosing from over 500 records for the project, while The-Dream claimed that the album was “super close” to being finished earlier this year. In her recent interview with The New York Times ‘ T Magazine , she confirmed that the album is on the way and shot down rumors of collaborations with
Drake and Lady Gaga, but was light on details.