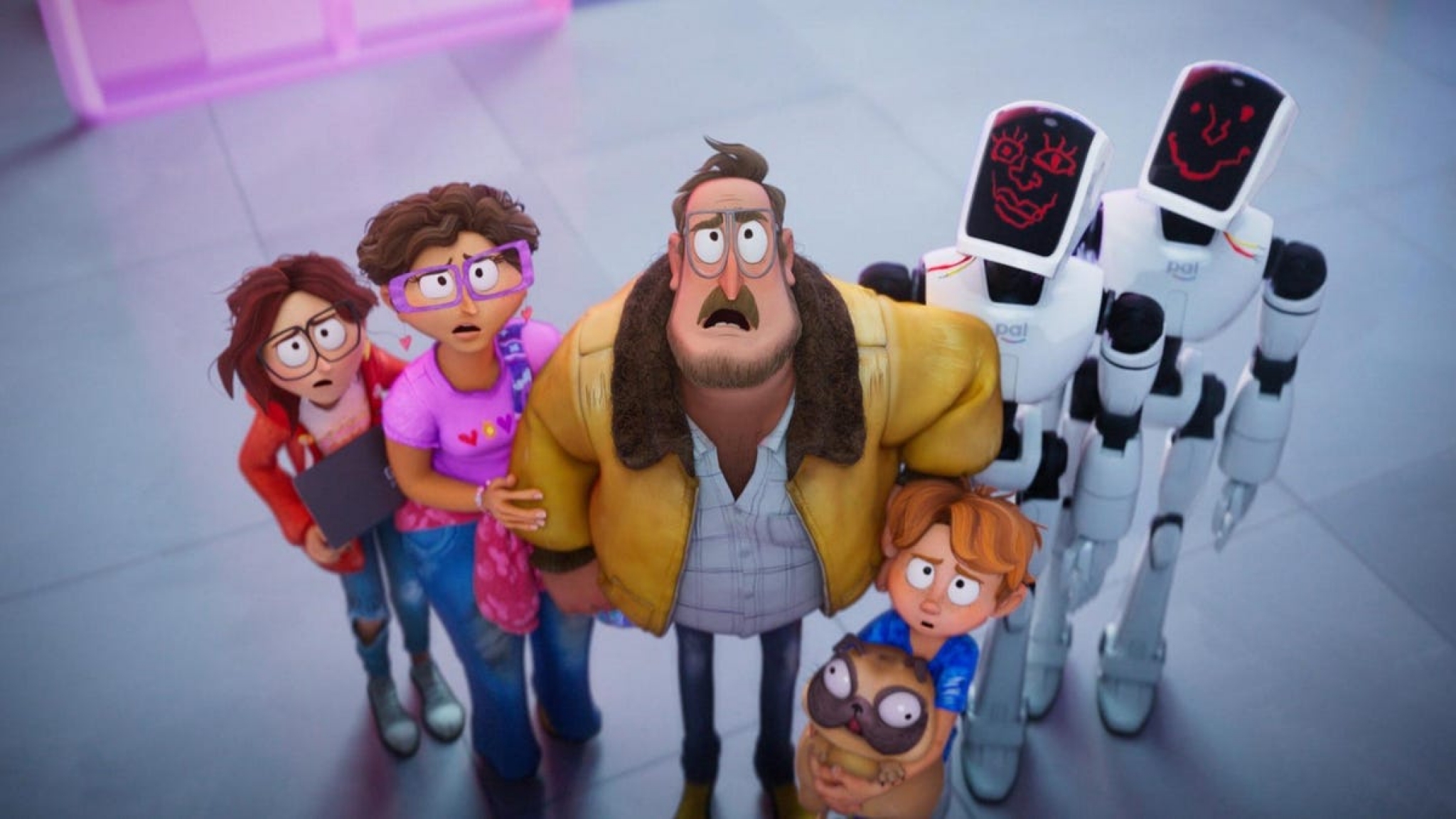 Not only is The Mitchells vs. the Machines one of the best movies of the year so far, it’s got an absolutely unforgettable ending. The way the family comes together to fight the villainous PAL, complete with flying robot skateboards, laser gauntlets, and a soundtrack by T.I and Rihanna? It’s epic and touching at the same time. But that wasn’t always how things were gonna finish.

The film’s Head of Story, Guillermo Martinez, took to Twitter to reveal a deleted scene from the end of the film. As he explains it, in another cut PAL gave herself kind of a body by gathering a bunch of appliances and becoming Mecha PAL, which Katie then defeats in a way similarly to what happens in the film. It’s a very cool scene, which you can see in storyboard form via Martinez’s Twitter below. (The storyboards are by Martinez and Andrew J. Ross.)

Obviously, by cutting this, the finale is much more compact. The emotional beat with Dad is achieved in a slightly different way and Katie’s triumph is still excellent. That said, it would have been awesome to see her defeat this massive robot single handedly.

The Mitchells vs. the Machines is now on Netflix and we highly recommend it.

Correction: A previous version of this story stated Ross did the storyboards alone. We’ve added that Martinez did them as well.