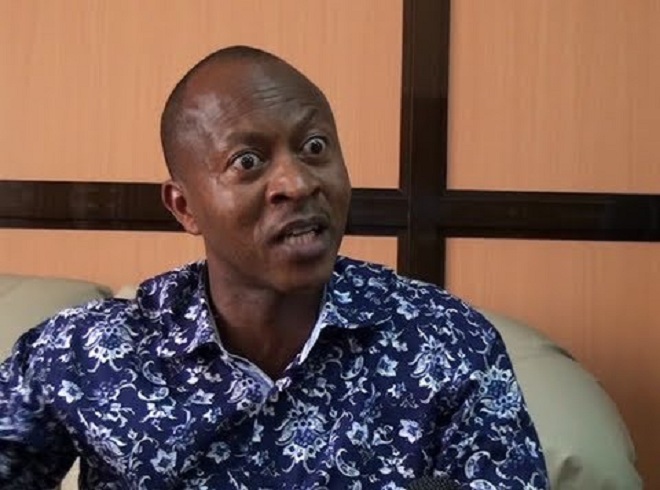 Embattled Frank Gashumba has come out to spit fire immediately he came out jail. In his debut press address to ever since he was arrested, just like always, Gashumba was only spitting fire.

Upset Frank Could not contain himself as he ended up insulting the media houses’ bosses. “Give balanced stories don’t be like this Kabushenga dog. In fact he is a pig” he lashed. Gashumba continued to expose it that new vision sales are dropping rapidly.

“He is paid to run false stories” Gashumba said. He also Advised Kabushenga to go treat his disease that he(Gashumba)never revealed.

He added that his battle with NBS is  between him and the NBS CEO Kin Kariisa which he promised to handle.”Am bigger than NBS anyway, My name is bigger than NBS” he said. Gashumba could not help but laugh at NBS Tv’s Eagle Show that he apparently started which he says has lost value. He however promised not to end the battle.

Gashumba was granted a Shs 20m non cash bond and their sureties asked the same each by Buganda Road Court. The suspects had spent seven days in detention since his arrest. The suspects appeared before the court where they were read charges including; Impersonation, forgery and possession of drugs