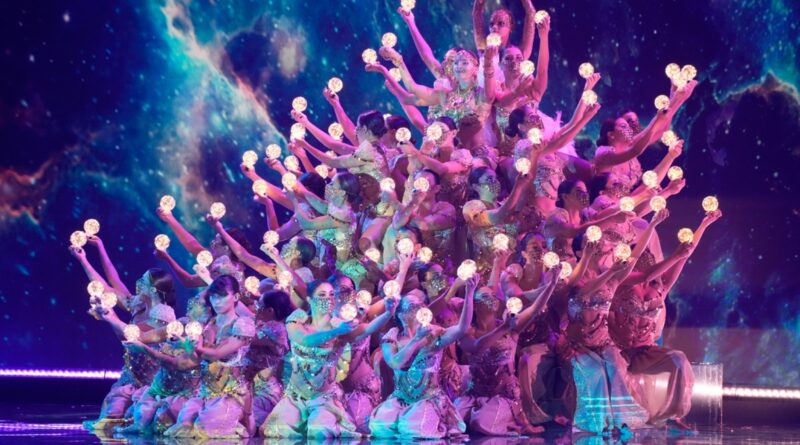 The Lebanese all female alternative dance group collects the $1 million prize, and the opportunity to headline a residency at the Luxor Hotel & Casino in Las Vegas.

Mayyas perform on America’s Got Talent.

After months of tears, cheers, and, from the contestants, some well-founded fears, America’s Got Talent has a new champion.

NBC’s talent quest reached its climax Wednesday night (Sept. 14), after a round of final, live performances.

When the votes were counted, there could be only one winner: Mayyas.

The Lebanese all-female alternative dance group, founded by the Lebanese choreographer Nadim Cherfan, collects the $1 million prize, and the opportunity to headline a residency at the Luxor Hotel & Casino in Las Vegas.

The finale was an all-star affair, kicking off with a performance from Black Eyed Peas, and featuring some big-name collaborators.

Among them, country singer Drake Milligan performed with Jon Pardi on “Last Night Lonely”; Chapel Hart teamed up with Darius Rucker on “Something to Talk About”; Dixon and Trombone Shorty rocked an instrumental piece; and the final two acts of the season, Sellars and Mayyas, joined forces for a spellbinding performance.

For their final performance Tuesday night before America voted, Mayyas enchanted everyone in the room, and watching back home, with an exotic and flawless performance.

“There are no words to explain to you what we were feeling over here,” the Modern Family star said after seeing the group perform for the first time, calling their initial number “the most beautiful, creative dancing I’ve ever seen.”

Vergara is a fan for life. “I’m so proud Mayyas. You deserve this,” she tweeted after the finale.