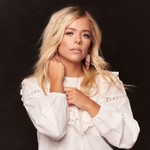 Among all No. 1s by acts with their first charted titles on Christian Airplay, “My Jesus” is the first since “Rise Up” (Lazarus)” by trio Cain, which began a four-week stay in the penthouse last December.

As for women in all billings, Wilson is the first to rule Christian Airplay on a first try since Vanessa Campagna   led in a featured role on Michael W. Smith’s “Waymaker” for three weeks in May 2020.

“My Jesus” concurrently tops the multi-metric Hot Christian Songs chart for a third week, with 2.3 million U.S. streams (up 26%) and 3,500 sold, in addition to its radio reach.

The song is from Wilson’s Aug. 6-released first EP, My Jesus (Live in Nashville), which debuted at No. 17 on the Top Christian Albums chart dated Aug. 21 and holds in the top 20 in its second week. The five-song set was recorded live at the White Dove Barn in Nashville.Wilson is now working on her first studio LP.

“I’ve been blown away by how God has been using ‘My Jesus’ to impact so many lives,” Wilson told Billboard after hitting No. 1 on Hot Christian Songs. “I’m so honored that He chose me to be His vessel for this specific time and season. I would’ve never dreamed that God would use this song in such a mighty way.”