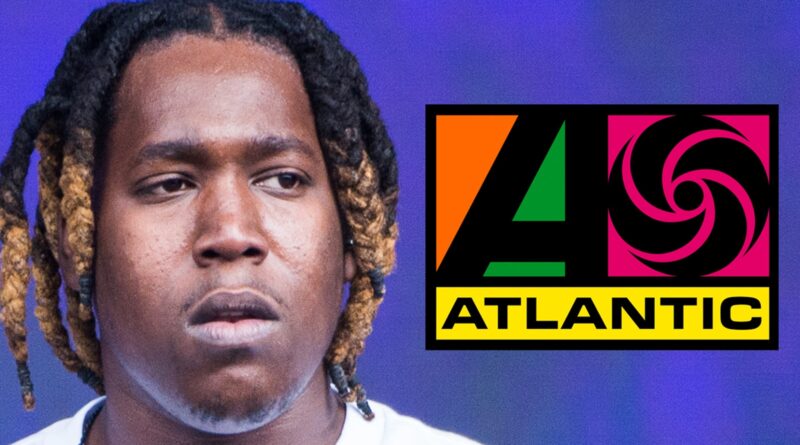 6:05 PM PT — A rep for Toliver tells this publication … “Just like other artists and their teams who have been attacked with botting reports, we are both deeply upset and concerned. To be absolutely clear, neither Don or anyone on his team has had any involvement here.”

They add, “While we conduct our own investigation into the allegations, we urge Atlantic Records to do the same — to protect the integrity of not only their roster of artists but their reporting metrics. We look forward to sharing more as we obtain more information.”

The comment section for Don Toliver‘s new music video reads like a Russian Bot Farm — at least that’s what the internet thinks … accusing his label of attempting to juice his stats.

Here’s the deal … Atlantic Records is under fire on Twitter, with a ton of people reading into the engagement numbers for a bunch of its artists — specifically, on YouTube, where some feel like the data ratios for new projects just aren’t adding up (likes to views, etc.)

DT’s video for his song “Do It Right” — which was posted just a few days ago — is the prime example being hoisted up on the bird app as supposed evidence of fakery that’s alleged to be afoot … most notably, in the comments, where many see telltale signs of phony fans.

You can go check it out for yourself — there are a lot of strangely written comments that have flooded this upload in the past 48 hours, with more and more pouring in with odd spelling, unconventional capitalization and grammatical errors. Others make no sense at all.

Atlantic Records is under fire for
allegedly botting all their artist’s new videos including Lil Uzi Vert, Roddy Ricch, A Boogie, and Don Toliver 😳 pic.twitter.com/9au7RrPO5c

Plus, there are a lot of comments that have posted nothing but emojis, which are also seemingly jumbled together at random. When you click on some of these profiles, it looks like their accounts are relatively new and have only one comment … for Don’s ‘DIR’ video.

Indeed … it certainly comes across as bizarre, and some — including media personality DJ Akademiks — have made outright allegations of this happening on a mass scale at Atlantic.

Damn.. Atlantic Records went from being hella lit a few years ago to being shit… they literally threw in the towell on marketing and promotin their artists..they just buying WILD amounts of fake views…which makin their artists look even worse.

There are other Atlantic artists who’ve been lumped into this phenomenon, and none appear to have addressed it just yet … including Toliver. It’s worth noting — while some point to the comments and seemingly lopsided engagement stats on their own as proof, there’s no real smoking gun that we can find. This mostly amounts to people speculating and theorizing.

Still, we’ve reached out to both Atlantic and Toliver’s camp for official comment … so far, no word back.