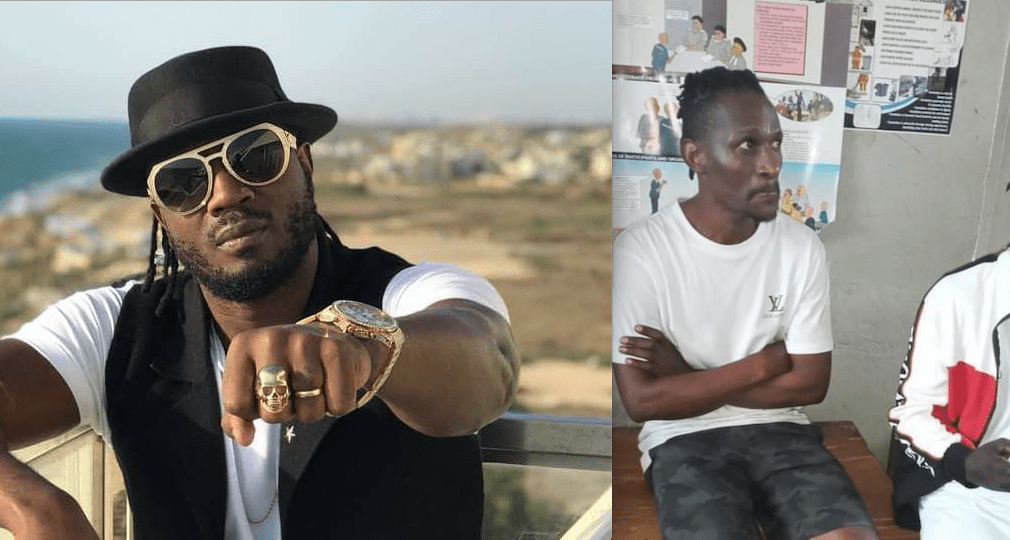 The battles between songwriters and artistes seem far from ending the most recent one being between writer BlackSkin and singer Bebe Cool over Bebe’s single “Gyenvude”.

In an interview with 97.7 Record FM recently, Bebe Cool said that he was demanding Blackskin more money than what the latter demands him.

If he wanted his song, he would have returned the money” Bebe said further adding that he had already paid half of the money on the Gyenvude song.

He further credited this kind of behavior to drug abuse and poverty saying Blackskin approached him sometime back and he was given 7M to do ten songs a thing Bebe Says he never did.

“I gave him 7M to do ten songs but he barely did even two songs. He even wrote an agreement in his own hands. But you see when we are helping these young people, they take advantage of us ” Bebe Cool said adding that he is going to handle the matter legally

On the contrary, Blackskin says the song was originally his own story, but a mutual friend told him the should sell the song to Bebe because it would work for him, a thing that Blackskin never objected.

He further added that he wrote this song sometime ago(while still at Swangz Avenue) sighting out a moment where Swangz boss Julius Kyazze told him this was his story that he needed to release at the right time.

He accused Bebe Cool of warning them not to go hard on him as he would use money to get them into jail.

Blackskin agreed that they had the 10-songs agreement with Josh(Bebe’s manager then) as the mediator where Bebe Cool did “Katono” and “Up and Whine”, his current manager did one song and his son, Allan Hendrick did two songs with a remainder of 5 songs.

“We did 14 songs with Producer Eno beats and gave them to Bebe Cool and Josh asking them to pick their remaining songs so we could sell the rest but they kept them for 3 years.” he said adding that this was a technique by the Gagamel boss to contain these songs so that no other artist does the songs and surpasses them.

He urged Bebe Cool to address the real issues instead of concentrating on other things like poverty and drug abuse. Blackskin concluded by saying he’s leaving everything to the lawyers.

The two however agreed that they have not worked one on one but have been working through middlemen.

BlackSkin was later thrown into coolers on Saturday 27th November 2021.