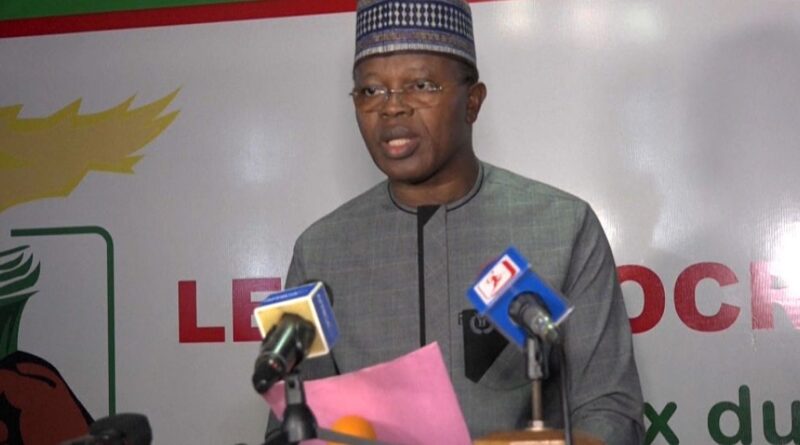 According to the commission, the main opposition Democrats won 28 seats while the Republican Bloc (BR) and Progressive Union for Renewal (UP-R) parties allied with president Patrice Talon together won 81 seats.

The leader of The Democrats party, one the 3 parties claiming to be part of the opposition called out fraud.

“The results attributed to the twin parties could only be achieved thanks to the ploys put in place by them to distort the democratic game,” Eric Houndété said.

“These manures include massive corruption of voters, flagrant ballot box stuffing, a number of effective voters exceeding the number of registered voters, and the mismatch between the electoral lists and the voter’s’ lists”, the president of The Democrats party added.

On Sunday (Jan. 08), seven political parties — including three allied to the opposition — were allowed to participate after a 4-year ban. The Democrats party is one of these opposition parties.

Final results for the 109-seat parliament are expected on Friday (Jan.13) after a vote that went ahead peacefully and in line with the regulations, according to election observers from the regional bloc Economic Community of West African States or ECOWAS.

Eric Houndété’s party is determined to act, The Democrats announced they would appeal to the Constitutional Court.

“The Democrats Party rejects the results proclaimed by the electoral commmission and demands that the ‘truth’ behind the ballot boxes be restored. It’s for this reason, that the Democrats Party is already working to lodge appeals with the Constitutional Court so that its rights be respected.”

About 6,6 million Beninese were called to vote on Sunday, but the turnout is said to have been low.

The Democrats party hoped to gain seats in preparation for 2026 presidential elections, when candidates will need lawmaker support to be registered.