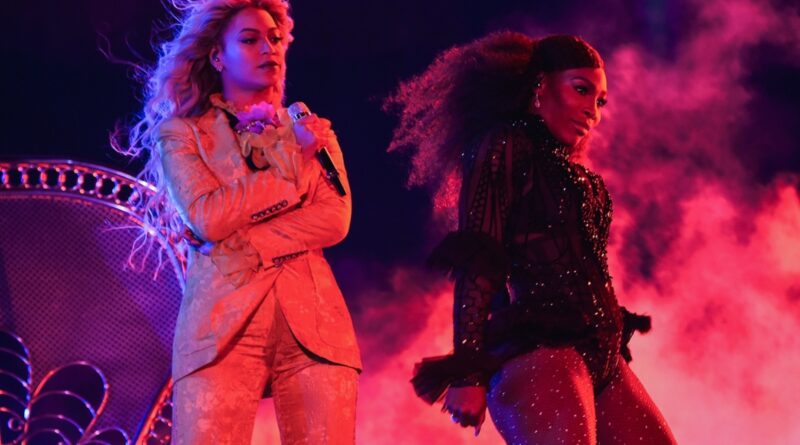 Beyoncé and Williams have long been champions of one another, from the tennis star’s “Sorry” music video cameo to Bey’s ‘King Richard’ soundtrack song.

Beyonce and Serena Williams perform on stage during closing night of “The Formation World Tour” at MetLife Stadium on Oct. 7, 2016 in East Rutherford, N.J.

In tennis, “love” means nothing. But in a new Gatorade ad narrated by Beyoncé to celebrate the final U.S. Open appearance from tennis legend Serena Williams, “Love Means Everything.”

That’s the title of the new commercial, which shows women of all ages who are dancers, fencers, roller skaters, equestrians and everything in between who have been inspired by the magnificent career and life story of Williams. The ad debuted during Sunday night’s MTV Video Music Awards ahead of Monday’s (Aug. 29) first day of the 2022 U.S. Open tennis tournament, which Williams announced in a Vogue essay earlier this month would be her final tournament as a professional player.

“When the world writes her down in history, we’ll begin where she started: at love,” Bey begins her narration. “No points, zero score — just love. It’s a love that we’ll remember through the generations, a love that started a movement, a movement to always love exactly who you are and who you can be. To be so in love with your identity that your very essence cannot be contained. To love the sound of your own voice and the way you move. To feel like a queen unapologetically, with a crown indefinitely. To cherish every muscle and every curve your body exhibits. A movement to always love being a proud Black woman, a parent, a dreamer, a leader. To love being one of a kind. To always love being you. The whole you. The real you. You. You. You. To always love you.

“So when we write her down in history, no matter who you are, no matter where you are, we’ll remember what she’s shown us,” Beyoncé concludes. “A movement to love you.”

With that, the commercial’s “Love Means Everything” motto flashes across the screen.

Beyoncé and Williams have long been champions of one another, with the tennis star hitting the stage during Bey’s Formation World Tour for “Sorry,” the Lemonade song whose music video Serena also appears in. Queen B and husband Jay-Z, meanwhile, can often be spotted in the crowd at Williams’ matches, and Beyoncé contributed the Oscar-nominated song “Be Alive” to King Richard, the 2021 biopic that Serena and Venus Williams executive produced.

Watch the full commercial below: