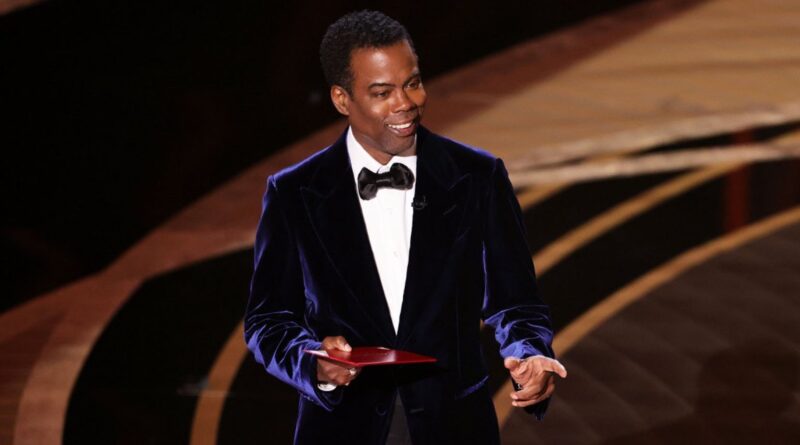 The gig would come a year after Will Smith stormed the stage and slapped Chris Rock across the face at the 2022 Academy Awards.

Chris Rock told the crowd at a Phoenix stand-up show this week that he was offered to host the 2023 Oscars, following the incident in which Will Smith stormed the stage and slapped him across the face.

The tense moment in March occurred after Rock made an onstage joke about Smith’s wife, Jada Pinkett Smith, during the Academy Awards ceremony. “Jada, I love you. G.I Jane 2, can’t wait to see it,” the comedian said about her shaved head — which, unbeknownst to Rock, is caused by the actress’ struggles with alopecia.

Pinkett Smith rolled her eyes in response, while Smith laughed. Shortly after, the King Richard actor stormed the stage to slap Rock, who attempted to continue his banter before Smith began shouting from his seat, “Keep my wife’s name out your f—ing mouth.”

Smith apologized for his behavior in a formal statement posted to his Instagram on March 28; he additionally resigned from his membership in the Academy of Motion Picture Arts and Sciences and has been banned from the Oscars and related Academy event for 10 years.

In July, Smith uploaded a video to YouTube, apologizing further. “I’ve reached out to Chris and the message that came back is that, he’s not ready to talk. When he is, he will reach out. I will say to you, Chris, I apologize to you. My behavior was unacceptable and I am here whenever you are ready to talk,” he said.

Smith continued, “I want to apologize to Chris’s mother. I saw an interview [she] did, and that was one of the things I just didn’t realize. I wasn’t thinking, but how many people got hurt in that moment. I want to apologize to Chris’ mother, I want to apologize to Chris’s family, specifically Tony Rock. We had a great relationship. Tony Rock was my man. This is probably irreparable. I spent the last three months replaying and understanding the nuance and complexity of what happened in that moment. I’m not going to try to unpack all of that right now, but I can say to all of you, there is no part of me that thinks that was the right way to behave in that moment. No part of me that thinks that is the optimal way to handle a feeling of disrespect or insult.”