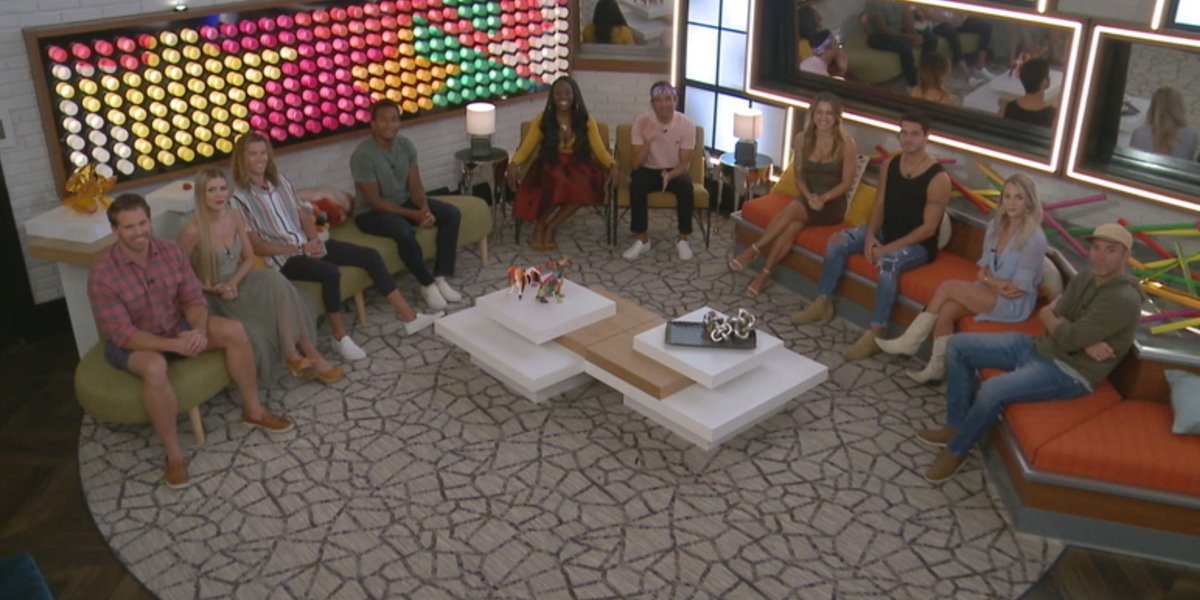 Spoilers ahead for the Big Brother All-Stars‘ live feeds as of Thursday, September 24.

Big Brother All-Stars had some exciting moments ahead of eviction in Week 7 as the numbers grew smaller and some alliances grew stronger, while others became shakier. Memphis Garrett‘s somewhat inexplicable goal to backdoor David Alexander fell apart when he didn’t let anybody in on his plan in time for Tyler Crispen to agree to follow his instructions, and the vote came down to Da’Vonne Rogers and Kevin Campbell ahead of the Head of Household competition. Let’s take a look at what the new HoH means as the remaining houseguests look ahead to Week 8 after the latest eviction.

To the dismay of Big Brother viewers everywhere who are ready to see The Committee take some hits and liven things up in the house, none other than Cody Calafiore won Head of Household, although how his victory went down will have to be shown when the next episode airs on CBS. The HoH competition hadn’t started by the end of the September 24 CBS broadcast, so fans will have to wait to see how it went down. What is certain is that one of the top game players of this All-Stars season is safe for another week.

So what does Cody Calafiore as HoH for Week 8 mean for the rest of the houseguests? In any other week, now would be the time to figure out which two houseguests would be in his sights, and which one of those two would be his top target to head to jury. According to host Julie Chen at the end of the broadcast, however, there is a variable in Week 8 that mixes up any kind of speculation. Next week will feature the very first Triple Eviction for the United States version of Big Brother.

Yes, by the end of Cody’s upcoming week as HoH, no fewer than three houseguests will be sent to jury, and the houseguests seemingly have no idea, which could make this week a whole lot more interesting. The eviction of Da’Vonne Rogers on September 24 in a vote of 5-2 to keep Kevin Campbell changes things up, especially for Dani Briones and Nicole Franzel, who counted Da’Vonne as an ally despite tricking her into thinking David Alexander was lying about the vote that sent Ian Terry home.

Kevin is arguably vulnerable now and open to manipulation, as Da’Vonne herself suggested in her exit interview. With Cody Calafiore as HoH and another one of the Committee outsiders sent to jury, members of the All-Stars mega alliance may need to start turning on each other in earnest once they find out about the Triple Eviction. And it turns out that Triple Eviction isn’t even the only twist for the houseguests heading into Week 8.

At the end of the episode, before live feeds went out again and viewers were treated to a few hours of dogs and cats while waiting to find out what happened, Julie Chen revealed the Big Brother legend who will be shacking up next door to the houseguests as their neighbor: William “Dr. Will” Kirby! Chen definitely wasn’t kidding when she called him a legend, as Dr. Will is renowned as one of the best players in the history of the game. He strolled out in a bathrobe to tell the houseguests that they would be tempted to choose between playing for prizes or power for the Head of Household and Power of Veto competitions.

So, between the Triple Eviction on the way, the post-Da’Vonne dynamics in the house, and Dr. Will’s arrival, Cody Calafiore’s time as HoH in Week 8 could get complicated. Hopefully that means excitement for viewers, as this season of Big Brother All-Stars has been somewhat lackluster. Find out more when the next new episode airs on Sunday at 8 p.m. ET on CBS. You can also check out the live feeds for content that doesn’t make the cut on the network! For more viewing options now and in the coming weeks, check out our 2020 fall TV premiere schedule.