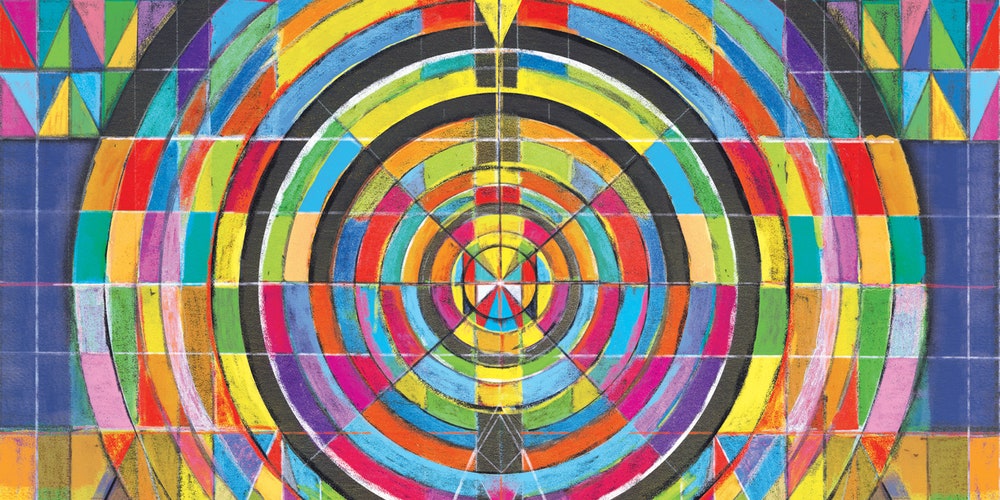 The title track on The Ascension is one of the best songs Sufjan Stevens has ever written. Accompanying himself on keyboard with a sad, pulsing melody, Stevens uses precise and empathetic language to address faith and hopelessness, regret and revelations. He shouts out a character from King Lear. He rhymes “confess” with “confess.” He declares life to be meaningless—and he sounds like he means it. “To think I was acting like a believer,” he sings in his feathery, heartbroken way, “when I was just angry and depressed.” It is the only song on the album that fits squarely into his comfort zone, where questions of life and death feel as intimate as the words to a love song.

Also worth noting: It takes more than an hour to get here. Along the way, there are slow jams and dancefloor singalongs, a panic attack set to creeping industrial music and what sounds like Stevens’ score for a campy ’80s horror movie. It is exhaustive and dense and detailed—which, of course, is nothing new. From his 2005 breakthrough Illinois to his last proper solo album, 2015’s grief-stricken Carrie & Lowell, Stevens has always worked best when he immerses himself in his subjects, encouraging the same devotion from listeners. And while The Ascension lacks the direct throughline of these high-water marks, it is another huge leap, an attempt at rebuilding his sound from the ground up.

The majority of the album was recorded with a drum machine and several Prophet synthesizers while Stevens’ more characteristic equipment—acoustic guitars and banjos—were in storage during a move. Leaving his longtime Brooklyn home for a more scenic and remote spot in the Catskills, the 45-year-old songwriter found new hobbies, like getting off the internet and buying a tractor. Consciously or not, these songs follow a similarly picturesque voyage, zooming out from the daily grind toward the kinds of refrains that have become pop music clichés, largely because of how good they feel to say and hear: I wanna love you. Run away with me. Tell me you love me.

It’s one of the first things that strikes you about this blocky, electronic music—the pared-down language and echoed refrains from radio hits and pop culture. The cerebral, ambitious songwriter—whose tracklists once looked like stage directions to a quirky play—now seems intent on speaking directly, sweeping you away with him. It leads to seductions (“Make love to me/Surrender your spirit/Sing my eulogy”), threats (“Go on wipe that look off your face”), and bare confessions. At one point, he sings in a breathy whisper, “I shit my pants and wet the bed”—a hard thing to imagine coming from a performer who has worn enormous angel wings on stage.

Stevens attempted something similar on another major pivot, 2010’s The Age of Adz. In those songs, he sang over buzzing synths and clattering rhythms, gravitated toward conversational language, and steered away from the nuanced storytelling and character studies of his past. At the same time, the compositions on Adz were a continuation of his more symphonic work, surrounding his voice with countermelodies and choirs, building to flute-accompanied crescendos and multi-part epics. It felt new for him but still played to his strengths: heartfelt, ecstatic, too much.

The Ascension, in comparison, is spare and sad, purposefully repetitive and almost entirely down-tempo. Many of its arrangements evoke steep, neon-lit half-pipes that Stevens glides up and down, sometimes shouting along the way and other times muttering anxiously to himself. A song called “Die Happy” features just one lyric—“I want to die happy”—which he sings over and over, relying on the twists and layers of synths to add new dimensions to his mantra. The whole thing works best when you approach it like a big-budget IMAX movie set in space with a great leading actor: Don’t get too hung up on the plot—just tilt back your head and watch him float.

Once in a while, Stevens lands on something magical and his writing transcends. This happens in the final 70 seconds of the otherwise dirge-like “Tell Me You Love Me,” and it happens again in “Landslide,” when he wails the title in a desperate warble, incorporating his own vocals into the arrangement like a sample. In these moments, the steady slow-burn pays off. He lets you in on the feeling of breaking free from something heavy and monotonous pulling you under.

Stevens has spoken about feeling emotionally depleted after making Carrie & Lowell, a quiet album that uncovered childhood trauma with vivid memories and hushed, acoustic arrangements. It makes sense that he would follow it with something less revealing, more open to interpretation. Multiple songs discuss crises of faith and coming apocalypses, and they employ their pop choruses to offset the gravity, to place his stories in the present tense, to give us something to dance to. “I also think this record, because it is political and bossy and bitchy,” Stevens told The Atlantic, “needed to be somewhat fun, sonically.”

But despite its allusions to pop music escapism, The Ascension is, by design, kind of a drag: a dark and emotionally distant mood piece whose lyrics rarely touch on the specifics necessary to anchor the music, and whose music is rarely exciting enough to elevate his words. “Every song title on the album is a cliche,” he admitted to The Quietus. “…I’m desperate for some kind of platitude that tells me where to go, and how to go about my business in a way that’s healthy and sustainable.” It’s a relatable anxiety, although, purposefully or not, he mostly sounds stuck in place. Not to mention, he’s been here before, and too few of these thoughts approach the prayer-like resonance of, say, “All things go,” or “I want to be well,” or “We’re all gonna die.”

In its search for direction, The Ascension fares best when Stevens looks inward. He finds momentum in the bittersweet “Goodbye to All That,” returning to one his most familiar settings: on the road, despondent, “hopelessness incorporated.” And just before the sweeping curtain call of “America,” there’s the title track—the point when Stevens accepts his strengths and speaks to the moment. “But now,” he sings in the most heart-tugging reaches of his falsetto, “it strikes me far too late again/That I was asking far too much of everyone around me.” Whatever perspective he may be singing from, he sounds tapped into something elemental, filled with purpose and clarity, following wherever his vision leads. He sounds like himself.

(Pitchfork earns a commission from purchases made through affiliate links on our site.)

Catch up every Saturday with 10 of our best-reviewed albums of the week. Sign up for the 10 to Hear newsletter here.