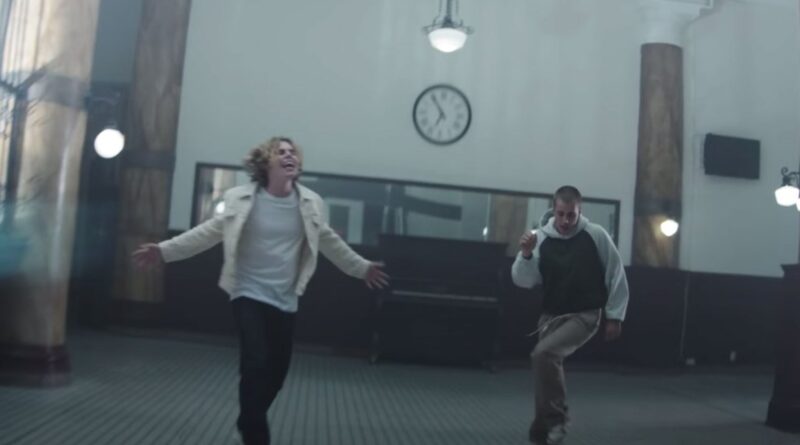 The latest episode of Billboard Explains dives into why a “featuring” credit is less common in today’s music, and what that means for the future of collaborations.

So far in 2022, only two songs with a “feature” credit have entered the top 10 of the Billboard Hot 100 — the lowest number in more than two decades. Meanwhile, co-billings are skyrocketing, with 21 percent of all Hot 100 top 10s this year being co-billed. What’s behind the change, and what does this mean for the future of collaborations? The latest episode of Billboard Explains (above) dives in.

A feature essentially means that a song includes a guest appearance from another artist. Featured billings first became popular in the late ’90s, as hip-hop collaborations across pop and R&B grew in popularity. Featured listings for Hot 100 top 10s peaked in 2003 and remained steady in around the 20 to 30 percent range until this year, which has seen more co-billings instead.

In a co-billing, artists are credited equally in a song, often labeled with an “and,” an ampersand or an “x,” as seen, for example, in Justin Bieber and The Kid LAROI‘s 2021 Hot 100 No. 1 hit “Stay.” The driving force behind the shift is Spotify, according to entertainment attorneys Karl Fowlkes and Matt Buser.

“It really is Spotify more than other streaming platforms that’s driving this change in the way that artists are referred to on songs, and making it so that more artists are co-leads or co-bills rather than features because of the way Spotify classifies these songs,” Billboard‘s deputy editor Andrew Unterberger says of the streaming platform, which tracks monthly listeners and streams for both artists on a collaboration when they are both considered primary artists on a track.

Watch the latest episode of Billboard Explains above to learn more about “feature” credits.

After the video, catch up on more Billboard Explains videos and learn about the evolution of girl groups, BBMAs, NFTs, SXSW, the magic of boy bands, American Music Awards, the Billboard Latin Music Awards, the Hot 100 chart, how R&B/hip-hop became the biggest genre in the U.S., how festivals book their lineups, Billie Eilish’s formula for success, the history of rap battles, nonbinary awareness in music, the Billboard Music Awards, the Free Britney movement, rise of K-pop in the U.S., why Taylor Swift is re-recording her first six albums, the boom of hit all-female collaborations, how Grammy nominees and winners are chosen, why songwriters are selling their publishing catalogs, how the Super Bowl halftime show is booked and why Olivia Rodrigo’s “Drivers License” was able to shoot to No. 1 on the Hot 100.