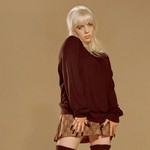 Billie Eilish’s ‘Happier Than Ever’ Reigns Over U.K. Chart

According to the OCC, Eilish becomes the first international female artist to reach No. 1 with her first two albums since Lana Del Rey did it seven years ago, with Born To Die and Ultraviolence.

Meanwhile, Dave’s We’re All Alone In This Together (Dave Neighbourhood) dips 1-2 but remains the most-streamed album of the week, while Prince’s posthumous release Welcome 2 America is new at No. 5.

Previously recorded in 2010 and unlocked from the Prince vault for the first time, Welcome 2 America (Sony Music CG) is the Purple One’s 22nd U.K. Top 10 and highest charting studio album since 2004’s Musicology.

Also new to the top tier of the chart Unknown T’s Adolescence (Island), which blooms at No. 8 for the British rapper’s first Top 10 collection.

Over on the Official U.K. Singles Chart, Ed Sheeran enters week six at No. 1 with “Bad Habits” (Asylum).

Sheeran’s latest release scoops another 82,000 chart sales during the chart week, including 9.4 million streams, to finish “comfortably ahead” of The Kid Laroi & Justin Bieber’s “Stay” (Columbia), the week’s No. 2 ranked single, the OCC reports.

Eilish earns the highest new entry of the current frame with her latest album’s title track. “Happier Than Ever” bows at No. 6 for her eighth Top 10 single and second in 2021.