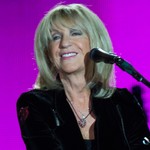 Fleetwood Mac has sold almost 150 million albums and were inducted into the Rock And Roll Hall of Fame in 1998.  McVie’s long list of honors includes the Brit Award for outstanding contribution to music, a Gold Badge of Merit Award from the Ivors Academy and the Ivor Novello Award for lifetime achievement.

McVie is “one of the greatest songwriters of all time,” enthuses Merck Mercuriadis, founder of The Family (Music) Limited and Hipgnosis Songs Fund Limited.

In the last 46 years, he continues, the band has had three distinct writers and vocalists “but Christine’s importance is amply demonstrated by the fact that eight of the 16 songs on the band’s Greatest Hits albums are from Christine.”

Hipgnosis acquires the worldwide copyright, ownership and financial interest in McVie’s works, including writer’s share, of all compositions and neighboring rights.

The company’s latest deal reunites McVie with former Fleetwood Mac frontman Lindsey Buckingham, whose catalog was acquired up by Hipgnosis in January. Between Christine and Lindsey, Hipgnosis now boasts 48 of 68 songs on the band’s most successful albums, Mercuriadis adds.

“I am so excited to belong to the Hipgnosis family, and thrilled that you all regard my songs worthy of merit,” she comments in a statement. “I’d like to thank you all for your faith in me, and I’ll do all I can to continue this new relationship and help in any way I can! Thank you so much.”

Hipgnosis Songs Fund Limited last month raised £156 million ($215 million) through a proposed share sale on the London Stock Exchange. The proceeds from the placing, the company said at the time, would be used to acquire catalogs already lined up by The Family (Music) Limited, the Mercuriadis-founded investment advisory firm that recommends purchases to Hipgnosis and uses what it calls “song management” to extract value on the back end.

The company has been on a roll. In the year ended March 31, 2021, Hipgnosis spent $1.06 billion on the purchase of full or partial stakes in 84 music catalogs, including those of Neil Young, Barry Manilow, Shakira, Jimmy Iovine, Enrique Iglesias, Buckingham and Wu-Tang Clan member RZA.