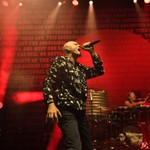 Bluesfest Is Pushed Back to 2022

On Wednesday morning (Aug. 18), Bluesfest organizers announced the show would go on, but not this year. Bluesfest will slot into its Easter Long Weekend timeframe, from April 15 to April 18, 2022, held at its regular site on Byron Events Farm (formerly the Tyagarah Tea Tree Farm).

“We are a resilient bunch,” says Bluesfest Festival Director Peter Noble in a statement. “We have worked so hard since May 2019 to make Bluesfest happen and, guess what, we are not giving up.” Based on all the available advice, the decision to re-schedule was a “no-brainer,” Noble continues.

Next year’s leg, adds Noble, will be “easily the strongest bill of Aussie and Kiwi talent ever seen in this country.”

Noble’s confidence belies the unprecedented challenges the promoter and his army of staff, performers, volunteers and clients have faced.

Having initially canceled the 2020 edition due to the pandemic, Bluesfest locked in plans for the 2021 edition, which was scheduled for its typical Eastern weekend slot in April.

Health officials swooped when a COVID-positive man was tracked to a pub near to the Bluefest grounds in Byron Bay. A public health order was issued and the festival was scrapped at the eleventh hour.

Soon after, a condensed festival was announced for Oct. 1 and 2, featuring an all-local lineup led by Midnight Oil.

After a slow initial rollout of vaccinations across the country, Australians are rolling up their sleeves in record numbers. “I am confident that, by the end of this year, Australia will have achieved at least a 70-80% vaccination rate and will have achieved at least ‘Stage Three’ in the plan to open up the whole country,” explains Noble. “Lockdowns will be consigned to history. Perhaps we may even see international artists returning. If they can come we will be presenting them!”