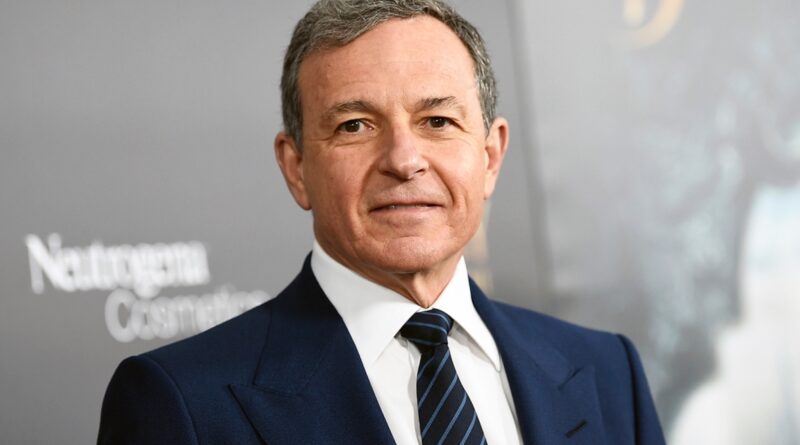 Disney’s board of directors said that Iger “has agreed to serve as Disney’s CEO for two years, with a mandate from the Board to set the strategic direction for renewed growth” and to identify a…

In a stunning turn of events, The Walt Disney Co. says that Bob Chapek will step down as CEO, with Bob Iger returning to lead the company.

Disney’s board of directors announced the decision Sunday night.

“We thank Bob Chapek for his service to Disney over his long career, including navigating the company through the unprecedented challenges of the pandemic,” said Susan Arnold, chairman of the board, in a statement. “The Board has concluded that as Disney embarks on an increasingly complex period of industry transformation, Bob Iger is uniquely situated to lead the Company through this pivotal period.”

Chapek had just signed a new multi-year contract in June.

Iger even acknowledged in an email to Disney employees Sunday that he is returning “with an incredible sense of gratitude and humility — and, I must admit, a bit of amazement.”

While Iger will be returning to his old role, the board also made it clear that his new term will be a temporary one.

Iger “has agreed to serve as Disney’s CEO for two years, with a mandate from the Board to set the strategic direction for renewed growth and to work closely with the Board in developing a successor to lead the Company at the completion of his term,” the board said.

Iger stepped aside as CEO in February 2020, handing the reins to Chapek, who previously led the company’s theme parks and consumer products division. He continued to serve as executive chairman of the company, stepping down from that position just 11 months ago.

Of course, as Arnold noted in her statement, the novel coronavirus pandemic took its toll on the company, shutting its theme parks and cruise ships, and stopping almost all film and TV productions. It also, however, turbocharged streaming growth, with Chapek leaning into streaming by reorganizing the company to focus on digital.

But his tenure has also been rocky, marked with controversies and distractions. From the aggressive campaign against Marvel star Scarlett Johansson that resulted in a settlement over pay for Black Widow, to Disney’s response (or lack thereof) to Florida’s so-called “Don’t Say Gay” bill, Chapek has had to deal with a wide array of public misfires during his relatively brief tenure atop the company.

But in addition to the public controversies, Disney’s business has also begun to falter in recent quarters.

Chapek announced earlier this month that the company would freeze hiring and stop all non-essential travel, with layoffs likely to follow as his executive team sought to trim costs.

And while Disney+ continues to gain subscribers at a rapid clip, the company’s streaming losses have continued to grow, making it that much more challenging to hit their profitability target.

Iger, a company man at ABC since joining ABC in 1974, led the network after Disney acquired it in 1995 was elevated to CEO of Disney in 2005, succeeding Michael Eisner.

While his elevation within the company was due to his business acumen, he developed a reputation for having an elevated sense of taste and creative vision, skills he continued to put to use after stepping aside as CEO in 2020.

Iger grew Disney to new heights by acquiring Pixar (2006), Marvel (2009) and Lucasfilm (2012), creating a powerhouse that in 2019 saw the company pass $10 billion in global box office sales. The same year, it closed the unprecedented, $71.3 billion acquisition of Fox, creating a global content powerhouse.

While Iger built a reputation as talent-friendly, Chapek’s reputation amongst creatives took a hit in July 2021 when the dispute with Johansson over the day-and-date streaming release of Black Widow went public. The star filed a lawsuit claiming the studio was sacrificing its box office potential in order to juice Disney+.

Their differing styles and approaches led to something of an oil and water relationship between the two Bobs. As Kim Masters reported last year, at what was to be his last formal Disney board retreat with the company, Iger implored everyone in the room to focus on the virtues of creativity and talent.

“I am extremely optimistic for the future of this great company and thrilled to be asked by the Board to return as its CEO,” Iger said in a statement. “Disney and its incomparable brands and franchises hold a special place in the hearts of so many people around the globe—most especially in the hearts of our employees, whose dedication to this company and its mission is an inspiration. I am deeply honored to be asked to again lead this remarkable team, with a clear mission focused on creative excellence to inspire generations through unrivaled, bold storytelling.”