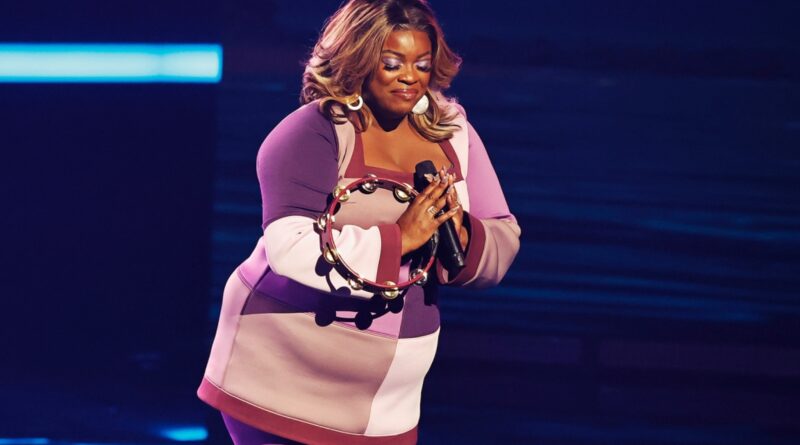 The ‘Stand for Myself’ cut earned this year’s “song of soul” honors at the awards.

Country and soul singer-songwriter Yola delivered a mighty performance on the Microsoft Theater stage in Los Angeles at the American Music Awards on Sunday night (Nov. 20).

This year’s recipient of the AMAs’ special “song of soul” honor, Yola was given the spotlight for a rendition of “Break the Bough” from her 2021 breakthrough album Stand for Myself. Playing with a revved-up backing band in front of a backdrop that included a skyline and palm trees, Yola also provided her own tambourine accompaniment as she belted out the song’s liberating lyrics (“See with eyes unclouded/ Feel with arms unbound/ You’re free to fly”).

Bough” as being about “about how far one can get on their own journey when negative thoughts and feelings are purposefully abandoned, and forgiveness is embraced along the way — flying high when you choose to lose the baggage.”

The honor is the first official AMAs recognition Yola has received, but she has already racked up six nominations at the Grammys — including a best new artist nod at the 2021 Grammys, and two at the upcoming 2023 awards, for best Americana album (Stand for Myself) and best American roots song (“Diamond Studded Shoes”).

Stand for Myself earned Yola her first entry on the Billboard 200 albums chart in August 2021, debuting at No. 196, and also reached No. 6 on the Americana/Folk Albums listing. “Diamond Studded Shoes” was named by Billboard‘s staff as one of the 100 best songs of 2021, finishing at No. 69.