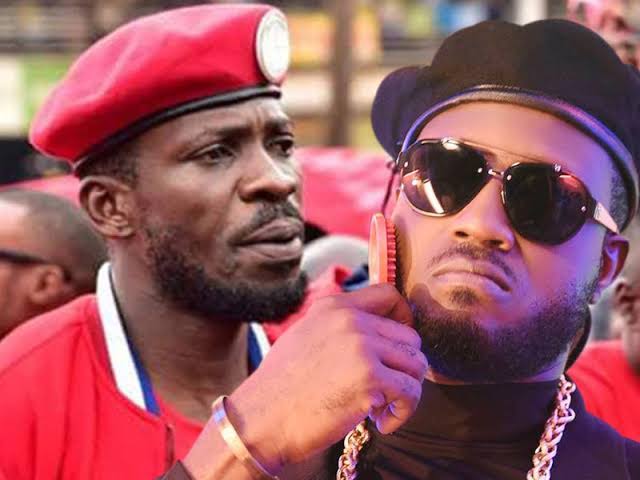 For the first time, Singer Bobi Wine has today evening posted on his social media an appreciation to Bebe Cool for his efforts on doing the COVID19 song.

“Let me yet again appreciate this other team of artistes who are adding their voice to the ongoing battle against the Coronavirus pandemic.” Bobi Wine posted on social media.

The move by the Kyadondo East MP came a a surprise to many as the two have been rivalries for decades now.

“I continue to encourage each one of us to use our respective talents, abilities and platforms to confront #Covid19. In solidarity, we shall win this war.” Bobi Wine said.

Bobi Wine released his song about Coronavirus a few days ago and the song was shared by a number of people(including celebrities) on social media.

There have been several songs done by several artistes in Uganda to sensitize the country on how to about prevention of COVID19.

Bebe Cool released his song in which he feature John Blaq, Vinka, Azawi, Fresh Kid among others. He also announced that he would be doing a second edition of the song with more artistes doing their native la