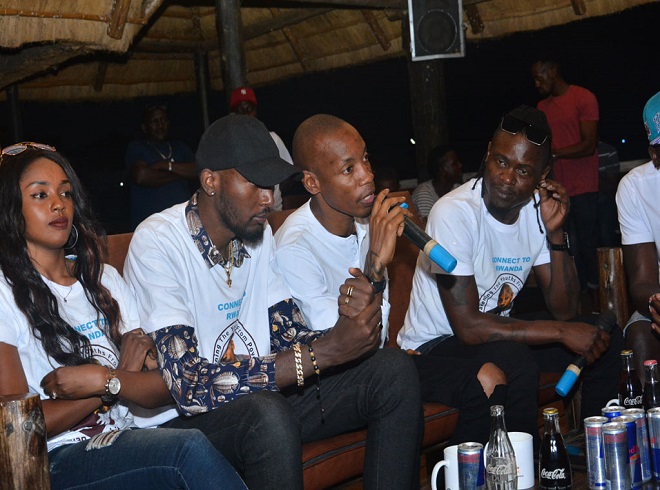 Goodlife manager Chagga Geoffrey has come out to cry for help saying he is at crossroads on matters concerning Goodlyfe management. Chagga revealed how socialite Brian White white is bending his artiste’s career by poisoning his mind.

According to Chagga, the money that Brian White is giving Weasel has made him lazy that he no longer wants to perform!

Chagga gives an incident of when he called Weasel to go for an event in Busia whose money they had received but Weasel declined saying he was going to meet Brian White.

“Brian White Promised to take me to the state house for some money from the president” Chagga quotes Weasel. The worst bit of it is that they already used this money to shoot the “Tokyayitaba” tribute Video according to Chagga.

He adds that all this that Brian White is doing is failing the Radio and Weasel brand. According to the now-confused Chagga, he says that he was very determined to cut ties with Brian White so as to preserve Weasel’s career but he had no support as even Radio’s family was against this. The family says Brian White should not be trashed as he’s done alot for them including completing Radio’s grave and his mum’s house.

Amidst all this, its Chaggga in danger because he signs all the receipts of the company and is therefore held accountable for anything that happens lie Weasel’s failed appearances at events.

Chagga’s worry however is Whether Brian White will continue giving Weasel money or time will come when he has no more.