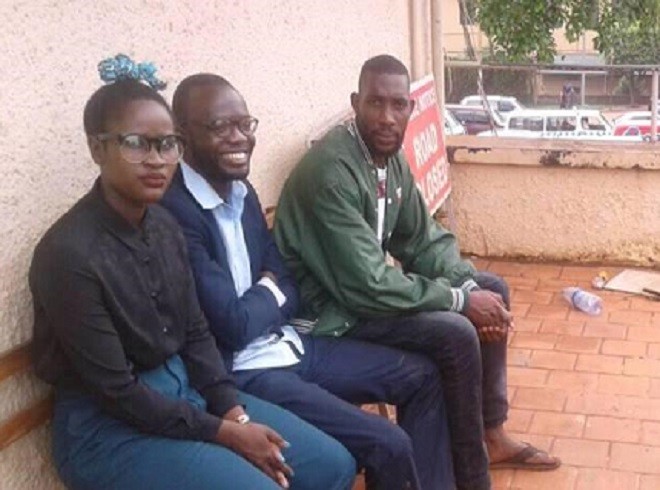 Following the events that transpired today morning at Uganda’s greatest University; Makerere University where students were striking in what they called bloody Monday, police arrested a number of them amidst tear gas sessions, among which was the varsity guild president Papa Were Salim who was leading the strike.

News coming from our anonymous sources reveals that the Officer In Charge at Wandegeya police  has tasked Papa Were to call off the strike or face detention. The strike was intended to take a full week.

It is not yet clear on what Papa Were has decided but insiders reveal that he is not yet to call the strike off.

The students striking  are protesting over the increased tuition fees, missing marks, scrapping off hall meals, evening lectures, end of semester exams and sponsorship of students on National merit. A group of students were seen abandoning a lecture room leaving only the lecturer  prior to a test all in the name of demonstrating.