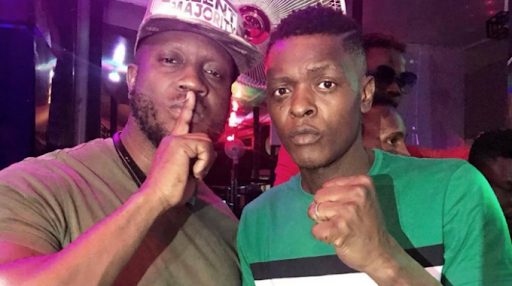 The disharmony between music giants Jose Chameleone and Bebe Cool is now escalating to become the big elephant in the room.

This has been exposed over the last few days when the two came out to exchange some ‘not sweet’ words!

While giving out cars to his producer and manager, Bebe Cool called out Chameloene to follow suit.

In response, Chameleone advised Bebe Cool to get his notes right saying he’s given out cars on several occasions, just that he does this off-camera.

“I gave Weasel a car, I gave, AK47, I gave my first car to Eddi Kigere and I have given Mama Abba(Chameleone’s Wife) many cars. – Chameleone says.

He also advised Producer Ronnie to work harder so that Bebe Cool might give him a bus as well! Chameleone, however, thanked the president for giving Bebe Cool the money that he uses for such things.

Bebe Cool, however, said that he’s okay with whatever Chameleone does as he’s just fulfilling the meaning of his name.

“for him, I’m okay with whatever he does, just like his name when he comes this side, he’s yellow, when he crosses over he’s another color,” Bebe Cool said.