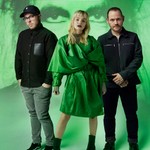 Close behind on the chart blast is Maisie Peters’ debut studio album You Signed Up For This (Gingerbread Man), new at No. 2.

Meanwhile, Kanye West’s long-delayed Donda (Def Jam) album comes in at No. 3, a solid start despite its late release on Sunday (instead of the typical Friday drop), and the fact it’s not available in physical formats.

According to the OCC, Donda is leading on both downloads and streaming, and if it can lift to the top spot when the chart is published this Friday (Sept. 3), it’ll mark West’s third U.K. No. 1 album.

Closing out an all-new midweek Top 5 is Halsey’s fourth studio effort, If I Can’t Have Love I Want Power (EMI), and Becky Hill’s debut Only Honest On The Weekend (Polydor), respectively.