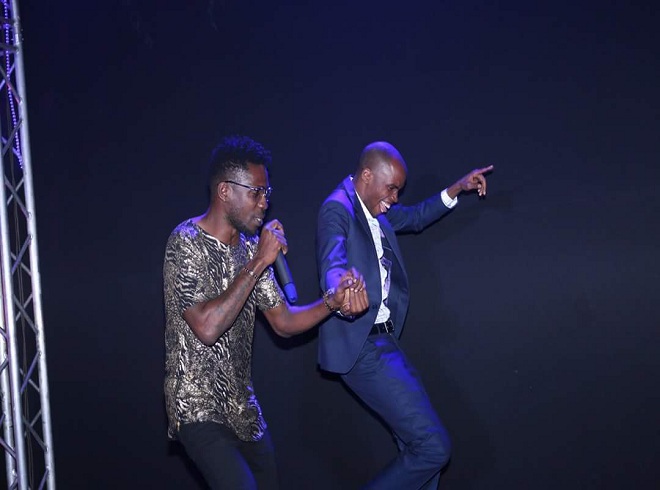 Weekly comedy entertainment show, Comedy Store has officially announced its new venue following the disagreements with Diners lounge management where it used to be hosted from.

According to the organisers, Comedy Store has moved to a new home, next door at The 400 Bar in Bukoto and is set to stage its maiden show next week on Thursday, October 12. Musician Winnie Nwagi, comedians; MC Mariachi, Amooti, Madrat & Chiko,  Tamale Mirundi, Crazy University and Kobusheshe among others will be performing at the event.  Dj Ape Man will be spinning the wheels.

Sources reveal that misunderstandings broke out between Comedy store boss Alex Muhangi and Diners’ Management over money issues. Apparently, the income was steadily dropping yet the venue owners were hiking the prices.

“The decision to leave our previous venue was driven by numerous factors most of which were hinged on the fact that the business interests on both sides couldn’t be aligned.”  Comedy store organisers reveal. “Management of the venue had backtracked on honoring most of the obligations initially agreed upon which exhibited a lack of good will.” they add.

Inside sources says; Muhangi in August travelled to America to attend Uganda North America Associations (UNAA) convention.Whereas he notified Diners management of absence, Diners organised comedians and musicians and pocketed the cash which violates the agreement. Muhangi on returning was told that his services are no longer needed and the contract was terminated. Wehave come tolearn that Diners has since hired another popular comedian Ronnie Mcvex.

The show programme has not been altered as it remains on Thursdays every week.The organisers have promised  bigger and better entertainment and services at their new venue.