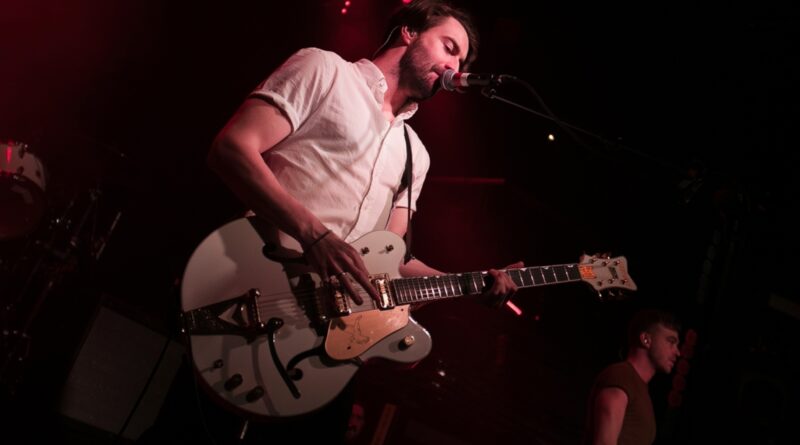 Liam Fray (L) and Joe Cross (R) of The Courteeners performs at The Academy on Dec. 7, 2016 in Dublin, Ireland.

Fifteen years after its release, Courteeners’ St Jude (via Polydor/UMR) is on track for its first U.K. chart crown.

Originally released in 2008, St Jude peaked at No. 4 on the Official Albums Chart, with three of its tracks going on to impact the U.K. top 40.

The British indie rock band has made seven top 10 appearances, including all six of their studio LPs.

Until now, Courteeners’ career U.K. chart peak is No. 2 for 2020’s More. Again. Forever. Thanks to a reissue of St Jude, Courteeners could go one better. It’s the top title on the Official Chart Update, published Jan. 16.

Based on sales and streaming data collated by the Official Charts Company, this week’s highest new entry could belong to Supergrass guitarist Gaz Coombes, whose fourth solo album Turn The Car Around (Hot Fruit) is chasing a No. 2 debut. If it continues to accelerate, Turn The Car Around would give Coombes his first solo top 10; Supergrass has six top 10 albums, including a No. 1 for their 1995 debut I Should Coco.

Also pushing for top 10 debuts are indie rock Circa Waves with Never Going Under (Lower Third), on track for a No. 9 start; and veteran Scottish indie-pop band Belle & Sebastian with Late Developers (Matador), new at No. 10 on the U.K. chart update.

Finally, George Ezra enjoys an immediate bump after the singer and songwriter last week landed multiple nominations for the 2023 BRIT Awards. Ezra, who is up for song of the year and artist of the year at the annual ceremony, set for Feb. 11, sees his third successive chart-topping album Gold Rush Kid (Columbia) makes a rush for the top 40; it’s at No. 31 on the chart blast.

All will be revealed when the Official Charts are published late Friday.