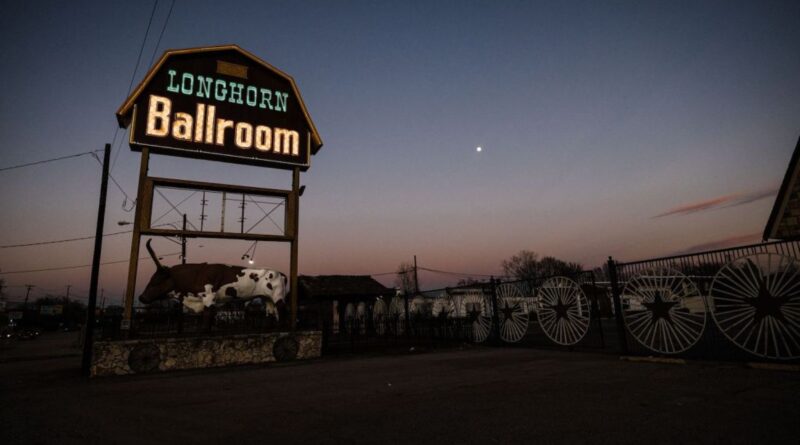 The nightclub once owned by Lee Harvey Oswald’s killer Jack Ruby is being restored by Edwin Cabaniss at Kessler Presents.

The marquee for the Longhorn Ballroom in Dallas

The Longhorn opened in the 1950s as singer Bob Wills’ Ranch House. It was later operated by recording artist and record label boss Dewey Groom through the ’60s and ’70s, hosting concerts by Nat King Cole, Patsy Cline, T- Bone Walker and many more.

Cabaniss plans to incorporate the venue’s long history when it reopens this spring, in part with the original museum-style display cases built into the walls. The venue has traded hands a number of times in recent years and closed in 2020 due to the COVID-19 pandemic.

“These cases include everything from Tex Ritter’s suit to James Brown’s robe; an extraordinary collection of guitars from artists such as Stevie Ray Vaughan, Waylon Jennings, Tammy Wynette, and BB King,” according to a press release announcing the reopening plans.

“As a 5th generation Texan, I know how important the return of the Longhorn Ballroom is to Texas in general and to Dallas specifically,” says Cabanis. “The lore is real. The floors have secrets and the walls have memories. And we’re excited to tell these stories with each show we present.”

Cabannis previously restored The Kessler Theater in Dallas and The Heights Theater in Houston.

In a statement, Dallas mayor Eric Johnson added that the venue is “a monument to our city’s rich music history,” calling the project “a wonderful opportunity to help preserve a piece of our past.”