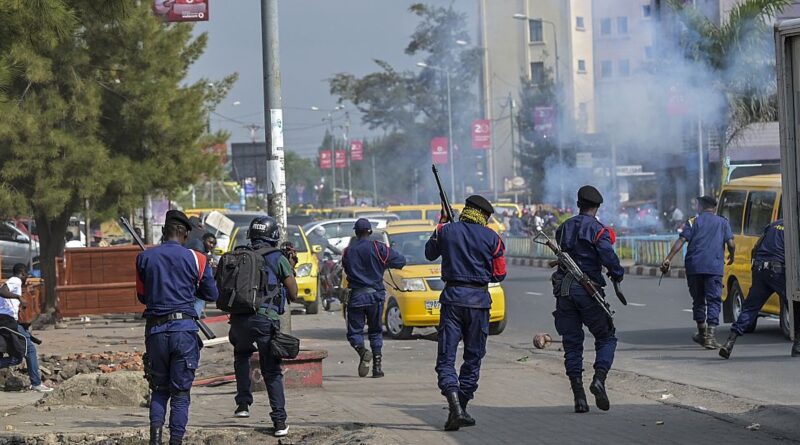 Authorities in Goma in eastern DRC have clashed with demonstrators on Wednesday.

Around one hundred demonstrators gathered to demand the withdrawal of the East African Community (EAC) forces deployed to fight armed groups in the east of the country.

The regional force consists of hundreds of Kenyan and Burundian soldiers.
Another 750 soldiers from South Sudan will be joining them soon.

“The EAC Kenyan forces, … we don’t want these people to stay in our country as tourists. They came to help us, but until now they are doing tourism in our country. That is why today we are saying that they should go home, because we do not want to stay with tourists in our country”, said demonstrator Gloire Bagaya.

Frustration is mounting after the Kenyan military organised ceremonies to mark the withdrawal of the M23 rebels, and for the EAC to take back control, in two villages north of Goma in late December and early January.

“We demonstrated today to push the EAC force to launch offensives as stated in the Luanda agreement. Unfortunately, the unprofessionalism of our Police, especially the General of the Police, they came and violently attacked us”.

Since the end of October and despite declarations of ceasefire and withdrawal of its troops, the M23 continues to confront the Congolese army and other armed groups.