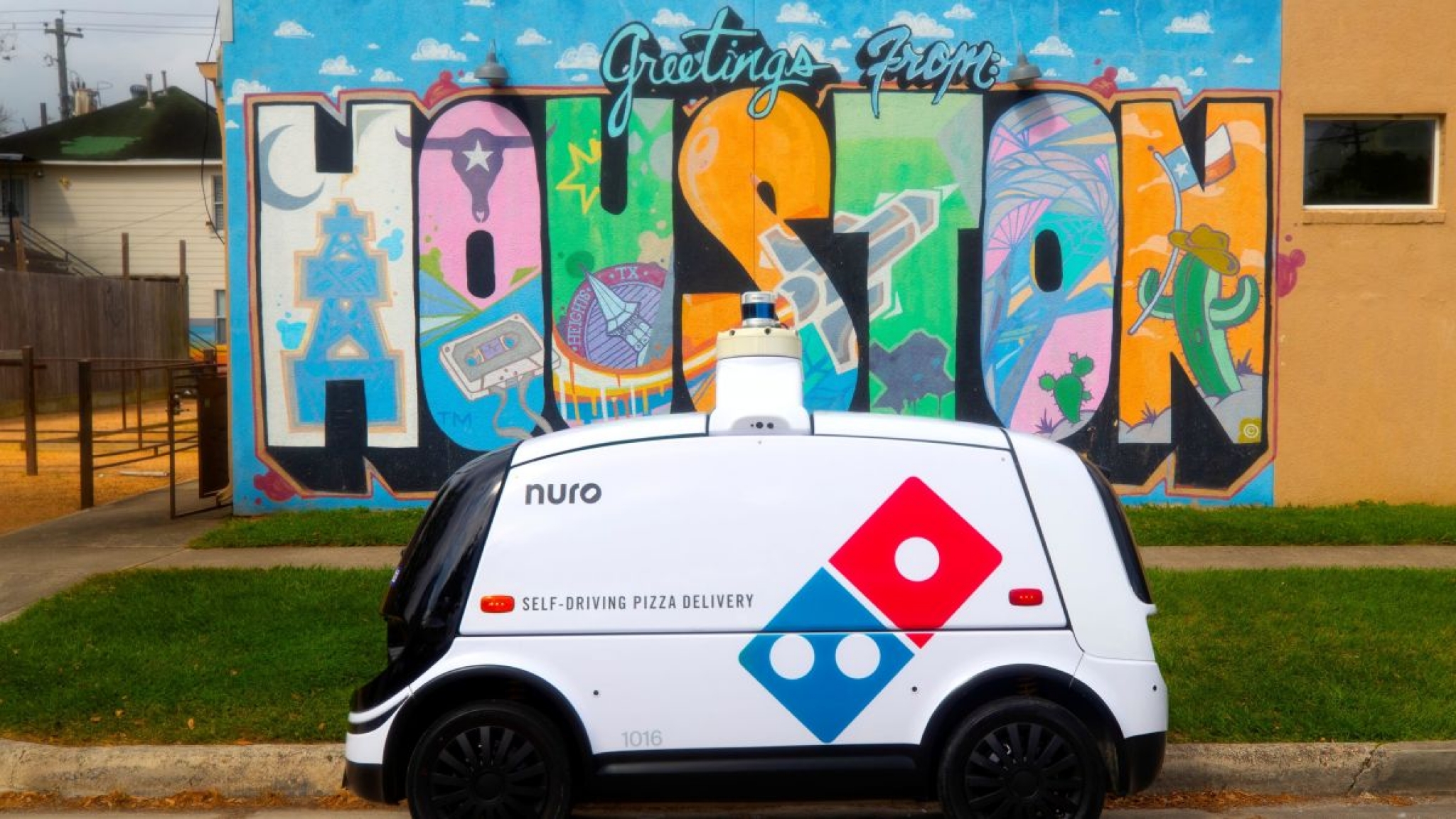 Domino’s, the eager company that’s always looking for new ways to get you its pizza, is at it again. To ensure that you are not without its pizza, the company has dispatched a delivery robot at one of its stores that it says will take the pizza right to customers.

Announced earlier this week, the delivery robot is called R2 and is a fully autonomous vehicle that operates without a driver. R2 is made by Nuro, a self-driving vehicle company, although it doesn’t look like your standard car. It’s smaller, for instance, and was designed to carry goods such as groceries, pizza, or medicine. As such, it doesn’t have occupant compartments, designated seating positions, or manual driving controls. Plus, it’s electric.

The R2 is the first self-driving vehicle to ever receive regulatory approval from the Department of Transportation, according to Nuro and Domino’s.

At the moment, Domino’s is testing out autonomous delivery with R2, and the company is only offering the service out of one store in Houston, Texas located at 3209 Houston Ave. The company said it hopes to expand delivery in the Houston area in the future.

Here’s how it works. Select customers who place a prepaid order on the Domino’s website will be given the option to have their pizza delivered by R2. These customers will then begin to receive text alerts that let them track R2’s location, although if they prefer, they can also track the robot via GPS on their order confirmation page. Domino’s will send customers a pin to retrieve their pizza once R2 arrives.

Once R2 gets to its destination, the customer must enter their pin on the robot’s touchscreen. This opens its doors, allowing customers to grab their pizza.

“There is still so much for our brand to learn about the autonomous delivery space,” Maloney said. “This program will allow us to better understand how customers respond to the deliveries, how they interact with the robot and how it affects store operations.”

Personally speaking, I wouldn’t mind getting a delivery from R2 if it was in my city just to see what it’s like (and confirm that it didn’t crash into anything or that nothing crashed into it). As far as taste goes, some of friends have told me Domino’s has horrible pizza, which I’m not sure I agree with. I mean, I wouldn’t put my hand in the fire for Domino’s pizza—the local pizza restaurant near my building has captured my heart—but I was fond of its pepperoni pizza in college.

Domino’s isn’t the only fast-food chain thinking about autonomous robot delivery, though. In March, Chipotle decided to invest in Nuro as well, stating that Nuro could “change the traditional delivery model.”