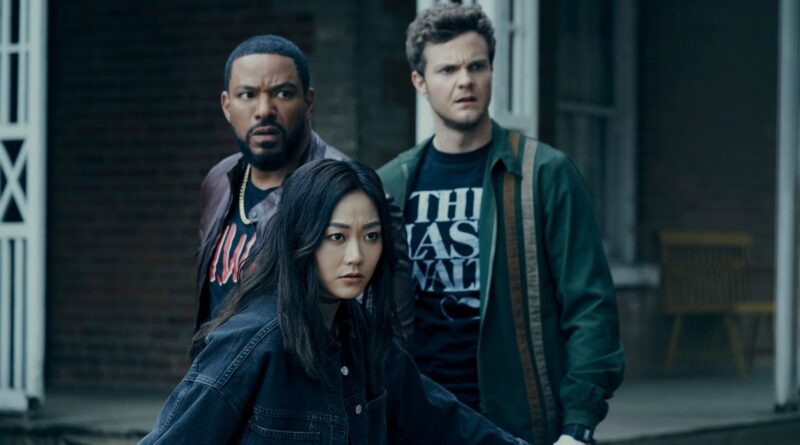 Amazon’s The Boys wrapped its third season a few days ago, and now the raunchy superhero satire is taking a break until season four hits sometime presumably next year. A lot happened throughout the eight-episode season, and the show is shaping up to have a sharply different future from the source material by Garth Ennis and Darick Robertson. And now that things have come to their conclusion, showrunner Eric Kripke has opened up about what’s next for the heroes and dickheads of the beloved series.

In a post-mortem with Variety, showrunner Eric Kripke discussed what’s in store for next season. Right now, the writing staff is in the midst of breaking the season down before shooting commences in August, but he said that the plan is for season four to be a more “character-driven” outing. “Everyone’s facing their core issues in a way that’s pretty exciting…But it’s super interesting and fun and really, really emotionally rich.” One specific example is sure to be Karl Urban’s Billy Butcher, who discovered during the finale that he has 12-18 months before he dies due to Temp V—a drug that briefly gives its users superpowers—wreaking havoc on his body. Since pretty much everything in Butcher’s life has now gone to hell, the question Kripke and crew wish to ask is, “Is he self-aware enough to realize that he’s causing his own misfortune? Is he self-aware enough to actually see if he can change?”

Speaking of change, the Seven have had their own sizable amount of shakeups. Right now, only Homelander (Anthony Starr), The Deep (Chace Crawford), and A-Train (Jessie Usher) exist as the sole members of the team: Homelander killed Black Noir (Nathan Mitchell) after it turned out the silent supe withheld the knowledge that Soldier Boy (Jensen Ackles) was Homelander’s biological father. Starlight (Erin Moriarty) left to join The Boys and Queen Maeve (Dominique McElligott) lost her powers and faked her death so she could leave the superhero game and live with her girlfriend, Elena (Nicola Correia-Damude). Suffice to say, whoever joins the hero team next will have to be “sympathetic to Homelander’s batshit crazy cause,” in Kripke’s words. “He has to really stack the deck with allies now that he has the ability to make those decisions.” Still, the Seven won’t be deprived of Noir: Mitchell will be returning next season as a different version of the character, who Kripke told Entertainment Weekly would be an “interesting and hilarious character.” Hopefully, Black Noir II is as much of a Disney princess as his predecessor.

Much of season three has been about the idea of fathers and sons, and a lot of it revolved around Homelander. At the very end of the season, he introduced his son superpowered son Ryan (Cameron Crovetti) to the public. Having forsaken Butcher for Homelander, Ryan is visibly excited to watch his father laser a protestor to death after the kid gets hit. Figuring out a way to save Ryan’s soul will be a key priority for Butcher next season, with Kripke saying it’s like Kramer v. Kramer combined with Avengers: Endgame. “If Homelander wins the kid over,” teased Kripke, “that’s apocalyptic because then there’s two Homelanders.” But if Ryan can be turned, then he could finally bring an end to Homelander and the Seven, and Butcher can die happy. That probably won’t happen, but hey, it’s nice of The Boys to pretend it’s possible, yeah?