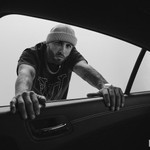 Since releasing Íntimo in 2019, Nicky Jam has stayed busy not only working on this new album but launching his first-ever restaurant called La Industria Bakery & Cafe located in the heart of Miami’s downtown area. He also released his autobiographical series El Ganador on Netflix, and made his debut as a host for The Rockstar Show which  can be streamed on YouTube. So far, he’s interviewed such artists as Maluma, Luis Fonsi and Karol G.

Most recently, the Massachusetts-born artist announced his 2022 Infinity tour that is set to kick off in Boston Feb. 3. He will then make pit stops in New York, Toronto and Los Angeles, before wrapping up March 27 at the WAMU Theatre in Seattle.

Below, check out essential tracks from Nicky Jam’s Infinity album as recommended by the Billboard Latin staff:

EDM and Latin music are having a moment together, and Nicky Jam has hopped on the trend. In “Celosa,” we discover a very experimental Nicky, where he fuses dance music with Afrobeats and other Caribbean melodies. On the track, the Puerto Rican artist also flaunts the sugary side of his vocals, singing about a woman who turned out to be jealous and toxic after they began dating. The song’s lyrics and infectious beat can easily make this the next club banger for fans. — JESSICA ROIZ

The album’s focus track takes Nicky Jam back to his roots. It kicks off with a classic powerful reggaetón beat marrying bass and electronic music rhythms for a full perreo effect toward the end of the song. A long-awaited collaboration with Jhay Cortez, it’s a representation of the unity between old -chool artists and new talent.”Tell me what are you going to do because I’m looking for someone who can drive it … I’m going to do to you whatever you let me … And the Magnum that protects me down below … To go all night, so you don’t complain,” Nicky and Jhay say about luxury, parties and their desire to share intimacy with the girls that they like. — INGRID FAJARDO

We love a hard-knocking reggaetón track from Nicky Jam, but he also has a way with ballads — especially the ones that put his smooth vocals at the forefront. Such is the case in “Melancolía,” a standout track from Infinity where there’s no need for a fancy production. It’s just Nicky and a piano tune for 2:40 and it’s perfection. Nicky gets deep in his thoughts reflecting on a past relationship: “Everything that begins eventually ends,” he sings. “I want you to love yourself even if you don’t love me… I want you to always put yourself first and for the winter to become spring.” — G.F.

While Nicky invited his chart-topping friends like Romeo Santos and Myke Towers to collaborate on his album, he also gave opportunities to a fresh wave of new artists. “Te Invito” represents just that: la vieja escuela meets la nueva. For this romantic ballad-turned-hard-hitting reggaetón number, Nicky reels in newcomer Rios, with whom he harmonizes about being different from all the other guys. With more than 11,000 followers on Instagram and nearly 3,000 monthly listeners on Spotify at time of publishing, we’re sure this Nicky cosign will put Rios’ musical proposal on the map. — J.R.

Nicky Jam reels in the master of dembow, El Alfa, for “Pikete” — where they fuse Nicky’s higher-pitched melodies with El Alfa’s more explicit verses over thumbing beats and electronic sounds that give life to the track. “Pikete,” which translates to “having a lot of swag” in Spanish slang, tells the story of a woman who seems unattainable because of her beauty and attitude. The song is penned by Nicky Jam and El Alfa, along with Slow Mike, Luis Oneill and Juan Diego Medina Vélez. — I.F.

Nicky Jam returns to his roots with this more commercial, melodic reggaetón track that finds the chart-topping artist asking his love interest for forgiveness posing the question: Why don’t we give this another try? “Se De y Se Da” starts off slow, carried by an acoustic guitar — but less than 30 seconds into the song, Nicky switches it up, adding the traditional reggaetón drums to speed up the song and giving it a head-bobbing effect. — G.F.

Nicky Jam closed off 2020 with his Myke Towers-assisted “Polvo,” produced by Sky Rompiendo and recorded by Saga Whiteblack. The single, which is about two people who are not on talking terms despite having sexual chemistry, kicks off with an enthralling piano melody and transforms into a sultry reggaetón beat. “Mi polvo favorito, eh/ La baby que yo necesito/ ¿Por qué no vienes aquí ahora?/ No quiero terminar así, no quiero que duermas sola,” Jam sings in the chorus. — J.R.

Stream the entire album below: