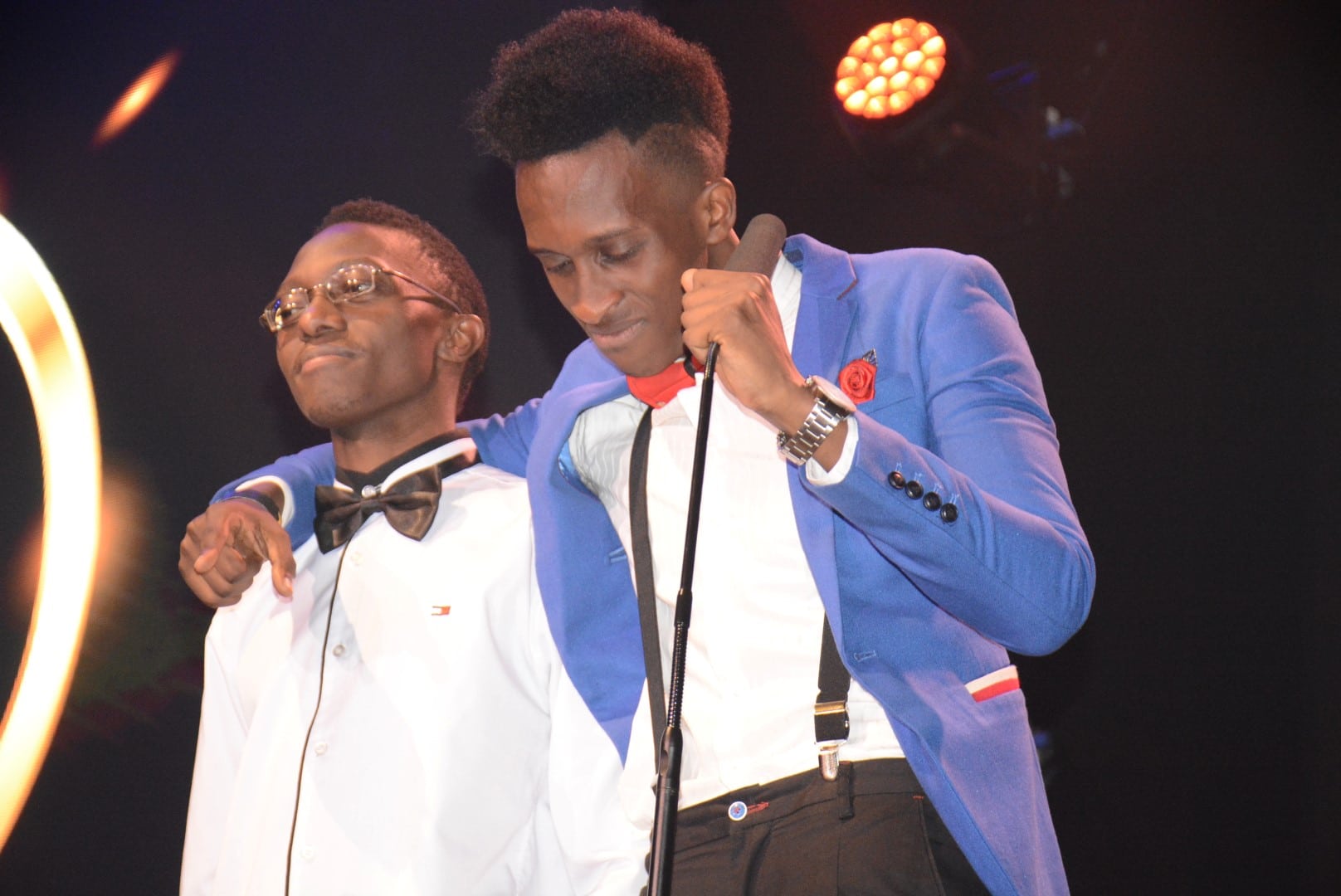 Latest news on our desk confirms that Musician Bruno K and His Manager Y Tud have parted ways!

Sources reveal that Bruno K signed his contract with Y Tud three years ago and when the contract expired, the two did not sign a new one.

“All good thing come to an end” Y Tud said, before he broke the news to the world.

According to Tud, when he was starting to manage Bruno K, his priority was not money but rather to see that he gets a brother to a different and better level.

Bruno K however declined concession with all this saying he knows nothing about them. “Am actually here with Tud working ” he told our reporter on a phone call.

Bruno K adds that he has never signed any contract and all along the two have been working as brothers. Bruno K has on several occasions been heard praising the “Young Man” Y Tud for supporting him through all the struggles.

“I would like to thank this man here, he is my brother. He has been investing every little he has in me which is not easy for someone to believe in you.” Bruno K commended Tud at The Uganda Music Awards Ceremony last year.

The two have been working together for at least three years with their debut famous project being “Juicy” cover song that Bruno K did. Among other projects that they pair has put out include; One for the road, Ebisaanyi Remix, Nkooye Okulowooza among others. Tud got Bruno K after the melow-voiced artiste had called it quits with Mc Kats.