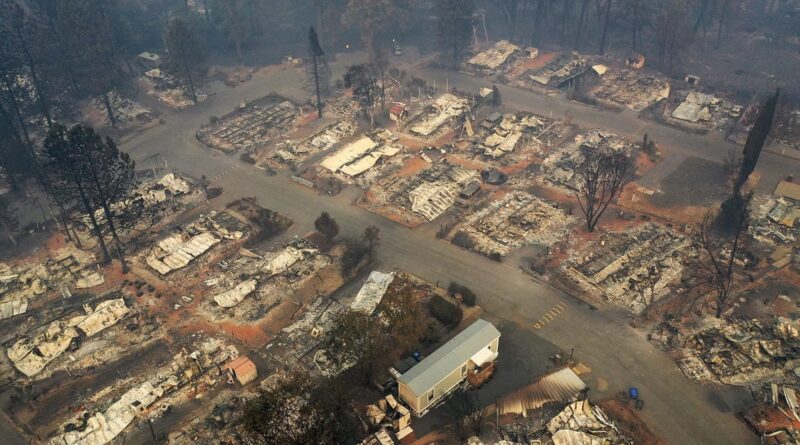 The consequences for Pacific Gas & Electric’s negligent involvement in the ignition of multiple deadly wildfires across California continue to mount. A group of 20 former executives at the utility company reached a $117 million settlement regarding the 2017 North Bay fires and 2018 Camp fire Thursday, the Los Angeles Times reported.

The execs were initially sued by a the PG&E Fire Victim Trust, a group created to represent fire victims and their families following the utility’s 2019 post-bankruptcy reorganization last year. The settlement was finalized in San Francisco County Superior Court yesterday, according to a press release from the trust. PG&E did not respond to a request for comment.

“It is our hope that in holding PG&E’s past officers and directors accountable in connection with the damage inflicted on thousands of fire victims in California, the current board and new leadership of PG&E chart a different course where safety and the protection of customers is the central operating principle of the company,” said Cathy Yanni, FVT’s trustee, in a statement.

The settlement is the latest in a string of suits and investigations that have cemented the utility’s culpability in starting deadly blazes by failing to maintain its equipment throughout the region. On top of the new, hefty sum of additional accountability heaped onto the company’s former higher-ups, PG&E has previously been held responsible for tens of billions of dollars in damages, the destruction of thousands of homes, and pled guilty to 84 counts of manslaughter.

An investigation determined that outdated, poorly maintained PG&E infrastructure and downed power lines sparked the Camp fire, which obliterated the town of Paradise in 2018. More recently, the company has also been found responsible for the devastating 2021 Dixie Fire. And on Tuesday, the company announced that it’s once again under investigation, this time for its role in starting the ongoing Mosquito Fire in the Sierra Nevada mountains.

In 2019, the utility company filed for bankruptcy. Its financial challenges are ongoing. In between the Mosquito Fire and settlement announcements, PG&E filed paperwork with the SEC seeking to separate its non-nuclear power generating assets into a new unit called Pacific Generation LLC, according to a report from Reuters.

The company is hoping to get approval to sell off 49.9% of the newly separated assets to raise funds for its wildfire mitigation efforts—tens of billions—and investments in renewable energy, a utility executive told Reuters. The base evaluation of the assets PG&E is aiming to move is about $3.5 billion, just a drop in what the company has been held liable for so far.