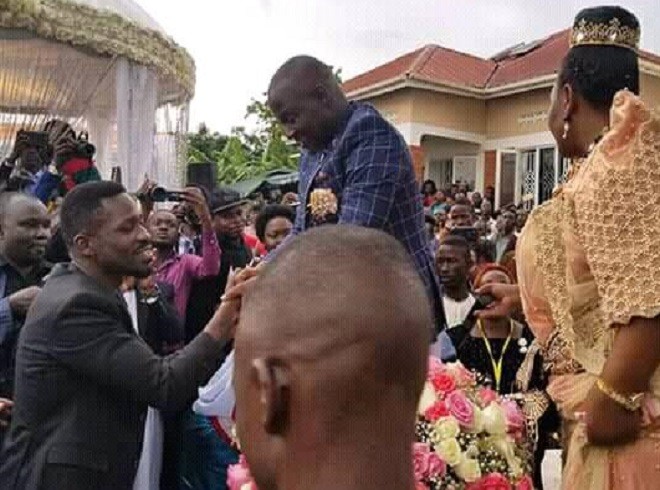 Friday 18th April has seen long time lovers Catherine Kusasira and Fred Seruga(both musician) taking their first half in legalising their marriage.  The two had their introduction ceremony in Luwero attended by several people in the entertainment industry.  Among these is Bobi Wine,  Ronald Mayinja, Rema Namkula and Dr.Hilderman among others. State Minister for Works also former Chief of Defence forces Gen. Katumba Wamala was also present.

It should also bee remembered that this function that got The New Eagles re Uniting with Golden Band after several years of being at logger heads. The two camps broke up in a futile misunderstanding until a few weeks ago when they had to reunite because of  Catherine and Fred.