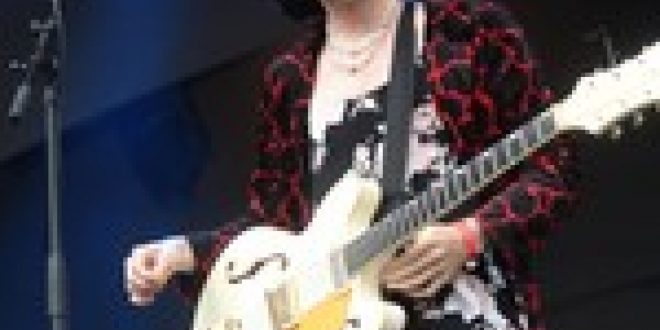 Ezra Furman Comes Out as a Transgender Woman: ‘This Has Not Been an Easy Journey’

The star shared that, for much of their life, they were “hesitant” to refer to themself as a woman, and instead publicly identified as non-binary, which they say is “maybe still true (I’m just gonna sit with that question for the moment).” But ultimately, they said that they know that they are a woman, and reflected that through the changing of their public pronouns in their bio to “she/they.”

“I’ve come to terms with the fact that I am a woman, and yes for me it’s complex, but it’s complex to be any sort of woman,” she wrote in her post. “I am very proud to be a trans woman and to have come to know it and be able to say it. This has not been an easy journey.”

As for the second part of her announcement, Furman revealed that she is a mother, saying that she never spoke publicly about it for fear of judgement against her family. “There’s enough said in public about the magic of parenthood. It is beautiful and holy and I love it—that’s all on that subject,” she wrote. “I have not yet mentioned in public that I’m a parent because I have been afraid of being judged and grilled about it as if it’s anyone’s business other than mine and my family’s.”

But the singer said that she decided to speak openly about being a mom because she wanted to serve as an example of what it can look like for a trans person to “grow up and be happy and not die young.” Saying that she saw “approximately zero” public examples of transgender women raising children when her child was born, Furman said that she decided to be the example she wasn’t seeing.

“Here’s one for anyone who wants to see one. I’m a trans woman and a mom. This is possible,” she wrote. “I never dreamed it was possible to be happy and self-realized and trans and uncloseted, and also become a parent. But it is and I am doing it. Because trans people deserve to pursue the lives we want, on our terms. That’s all for now. More music to come before long.”

Furman received support from fellow artists including Hurray for the Riff Raff, The Mystery Jets, poet Maggie Smith and more. “I’m so so happy for you,” wrote Stephen Trask, the composer and lyricist for Hedwig and the Angry Inch. “Overflowing with emotion reading this.”