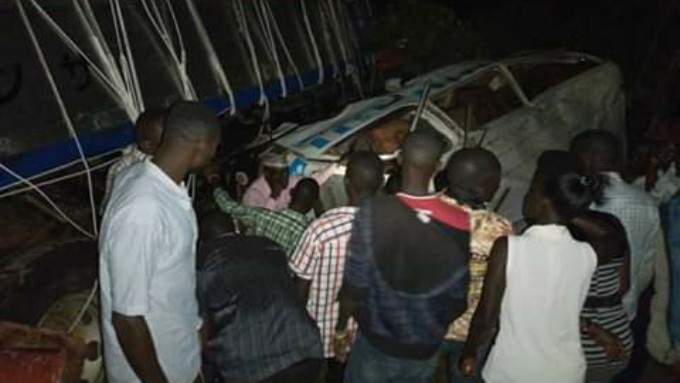 The accident that happened at Lukomera village, Luweero Sub County on Kampala-Gulu Highway has been confirmed by Uganda Police.

Only one of six deceased is female.

Preliminary reports point to reckless driving as the possible cause of the accident.
It is alleged the taxi was overtaking in a sharp bend when the accident happened.
Savannah Police Region spokesman, Assistant Superintendent of Police Paul Kangave said eight people sustained injuries and have been taken to Bishop Asiri Hospital (Lachor) in Kasana-Luweero for treatment.
Police also reveals that details of the identities of the deceased and injured will be communicated later.