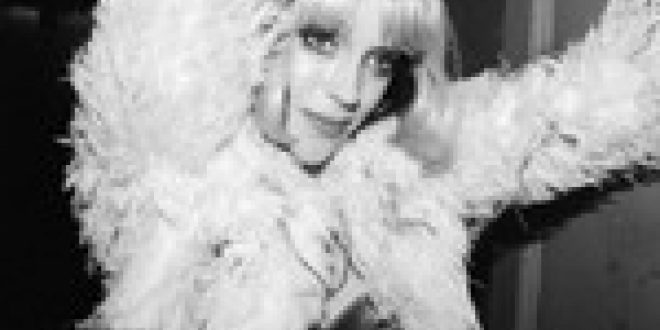 After hitting a home run with her stunning 2017 album Masseduction, Annie Clark could have gone in whatever direction she wanted. The one she chose — a grimy, warped trip through the musical landscape of the early 1970s — is as unexpected as it is excellent. Daddy’s Home plays with the identity of St. Vincent, imbuing her sound with warbling sitars, dialed-up synthesizers and grooving bass licks, as the singer creates a near-parody of herself. And yet, Clark still is able to deliver the kind of seismic, incisive songwriting that made her an indie all-star, all while proving yet again that she is a true master of reinvention.

“I think one of the reasons why I could write this record is that so much pivotal time in my life — even though obviously it wasn’t in the early ’70s, I’m not that old — was really spent in downtown New York,” Clark told Apple Music about her new album. “I’ve been every single character on this album. I’ve been the girl on the nine o’clock train wearing last night’s clothes. I’ve really lived these characters, so I could really write about them truthfully.”

What happens when you take one of the fastest rising singer-songwriters currently working and pair them with one of the biggest names in country music? You get a song like “Better Man,” the newest offering from Joy Oladokun featuring Maren Morris. The gorgeous new single sees both artists stripped down to their emotional cores, as they bare their own personal struggles with being forced into compromising themselves for the comfort of others. “I made full house from a sh-tty hand, yet here I am,” the pair sing on the song’s stunning chorus. “Still gotta be bigger than the bigger man.”

“In my life, I sometimes experience being the youngest and the most inexperienced, and yet I have to conduct myself as though I am way above my years or my maturity. I think it’s an old feeling, especially for women and people of color, of having to be stronger, better, brighter, and harder working at everything just to get a shot,” Oladokun said in a statement of the song’s inspiration. “We wrote from that place and the song was born — I’m really proud of what we did. I’m also excited about the friendship and the things that were born out of it. I hope it helps people in the same way that it has helped me.”

Shaed had a whole suite of songs ready to put into a new album before the pandemic hit — but they decided to start from scratch and tell the story of what we’ve all been going through for the last (seemingly endless) year. The result is High Dive, an oscillating shapeshifter of an album that takes the sound that made the band famous and twists it into a strange-but-satisfying mix of pop, rock and alternative tracks. Handling the emotional ups and downs of life in quarantine with a pop-tinged tack, Shaed reached an all-time high with High Dive.

“High Dive is really an expression of our mental health this past year,” Shaed told Billboard of their new album. “We want fans to know that they are not alone in feeling anxious and/or depressed. This album is a reflection of the ups and downs of this past year.”

It’s been a long five years since Daya first burst onto the scene with “Sit Still, Look Pretty.” A lot has changed since then, as fans will hear on the singer’s new EP The Difference — Daya has grown into a mature, queer-affirming, genre-bending talent, and this is her statement for a new era of her music. The excellent EP swings from chill acoustics (“Montana”) to dark-pop (“Bad Girl”) to tropical house (“First Time”), all while boasting sharp, poignant songwriting. Lines like “Just looking for a way to get the picture out my mind/ Of you driving away from that underpass, I’m in Tokyo drifting out” will stay swimming around your brain long after you’ve stopped listening.

“It feels like this era of rebirth, and re-connecting with the world around me,” Daya told Billboard of her new EP. “‘First Time’ is more of a dance track, ‘Bad Girl’ is a bit darker, ‘Montana’ is very stripped-down, and there are a few others that are more in the alternative world. It definitely covers a variety of sounds, of production [types], but it just feels thematically cohesive.”

“Harshest Critic” may only be Allison Ponthier’s second solo single she’s released, but with deeply personal songwriting and an ear for gorgeous melodies, you’d think she’s been working in the industry for years. Throughout the melancholy, folksy new single, Ponthier paints an evocative portrait of a young woman struggling with self-worth and understanding one’s own identity in the context of performance, all while providing beautifully haunting vocals and yet another out-of-this world video. If you haven’t jumped on the Allison Ponthier train yet, now is an excellent time to get on board.

When forced into a worldwide lockdown, Vic and Gab Banuelos (better known onstage as the sister duo Reyna) decided that there was no better time to re-evaluate their sound. The result of that evaluation comes on “Quarantine Baby,” a chilled-out, groovy love song about relationships in the time of self-isolation. The pair’s dance-pop sound can still be heard in the backdrop, but they’ve updated since then — dreamy guitars, half-whispered lyrics and a chillwave aesthetic help bring out a new version of the sister duo. And it’s one you’ll want to keep on listening to, whether you’re in quarantine or not.

“We wrote this in March 2020 when quarantine/lockdown had just started. We would lounge around with drinks and a guitar and write all day. Vic would sit on the floor and FaceTime her girlfriend for hours talking about how much they missed each other and how long it would be before they saw each other again. It got me thinking about how many long-distance relationships or any relationship would actually make it through COVID. It’s been such a rough year for all of us COVID came and changed our lives. We’ve all lost people or jobs, even relationships.”

Cavetown, “Ur Gonna Wish U Believed Me”

If you’re in need of some sorrowful, introspective music this weekend, Cavetown once again has you covered. “Ur Gonna Wish U Believed Me,” the newest single from the rising indie-pop singer-songwriter, reads like a letter that wasn’t meant for your eyes. A personal, quietly melancholic track about coming to terms with and taking accountability for your own actions, the song lands like a soft wave reaching the shore. Cavetown’s voice phases in and out of the quiet, acoustic melody, as he croons out a despairing phrase like “God I wish I was happy, the fraying threads of recovery, crushing me from above and underneath.”