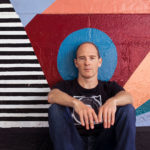 Dan Snaith’s 2020 LP Home was all texture and melancholic mood, an album made for the long, contemplative solitude of quarantine. The Canadian producer’s latest single is…not that. “You Can Do It” is pure joy, manifest in the bright, gently ascending chord progressions, the lyrics (“You can do it! You can do it! You can do it!…”) and the corresponding video, which simply features dogs — glorious dogs! — jumping and running through fields and catching frisbees in slow motion. Watch it. Try not to smile. Altogether, it’s a tightly produced, deliciously un-self-serious one-off from one of the best in the game. Caribou goes on tour in North America this fall, with dates extending into early 2022. — KATIE BAIN

Giving early ’90s, mild Everything But The Girl vibes, the new collab from piano house producer LP Giobbi and Los Angeles-based vocalist HANA (who’s previously worked with artists including Tchami and Durante) simultaneously soothes and haunts. The underwater piano stabs create urgency, while the layers of beats and synth crescendo to soul-quenching effect, altogether demonstrating why the Oregon-born producer is one of the artists we’re currently most excited about. Released via Insomniac Records, “Close Your Eyes” is the latest from Spotify’s “mint Singles” series, which enlists artists to make a track exclusively for the streaming platform and which is an offshoot of the Spotify Singles series. — K. Bain

Elohim, “Go Through It”

The only way to get past fear and pain is to push through all the snaggy bits, but it helps to arm yourself with a bit of dance-pop, too. Elohim continues her Journey to the Center of Myself with a very funky Vol. 2. The five-track sonic adventure kicks off with some effervescent honesty. “Go Through It” is a bare-bones bop, equal parts euphoric dance sing-along and self-acceptance anthem.

“I always tell people, ‘You gotta go through it to get through it,’ so I turned it into a song,” Elohim says in a press release. “This sentiment is in regards to our human struggles with our own brain. This is a fun anthemic way of saying f–k everyone, I’m going to go through this until I get through it and until I’m ok to move on with my day and or life.” The rest of the EP plays out with a fun balance of fearlessness and fun. Elohim calls it “the fantasy before the harsh reality hits in the Volume 3.” Harsh as it may be, we’re glad there’s more music coming. — KAT BEIN

UNIIQU3 continues to make moves. After dropping her B—-es Is Outside, Vol. 1 mixtape last month, the producer is primed to make her debut this fall on Local Action, the label home to incendiary artists including India Jordan, Dawn Richard, Elkka and more. On “Microdosing,” the project’s first single, UNIIQU3 trades in her trusty Jersey club beats for Jersey house. Its breathless four-on-the-floor energy is a fitting backdrop for her vocals which alternate between self-assured rapping and soft allure as she demands all or nothing from a potential relationship: “You want me?” she asks. “Stop microdosing my love.”

In a statement, UNIIQU3 says “Microdosing” is about “unreciprocated love and how addictive someone’s energy can be like a drug. People can suck you dry because they like your vibes, but it’s okay to practice boundaries.” — KRYSTAL RODRIGUEZ

If you’re walking into the weekend ready for a bit of fun, Pat Lok’s latest feel-good single is the jam for you. A groovalicious bassline bumps under disco-inspired atmospheres, while U.K. singer Camden Cox makes being non-committal sound like the whole vibe. It’s got everything you need to make your ex feel stupid and your crush the right kind of intimidated. “Time After Time” is out now on Snakehip’s label Never Worry Records. Please hip-swivel responsibly. — K. Bein

Ross From Friends, “The Daisy”

More than psychedelic Zoom backgrounds, animated Nokia cellphone filters and a Ross Gellar “cameo,” perhaps the oddest spectacle from Ross From Friends’ virtual Boiler Room party last year came from the DJ himself. Halfway through his set, he picked up a nearby Rubik’s Cube and fiddled with it for a little over a minute before holding up the solved 3-D puzzle in victory and getting back to business. RFF’s talent — and the song playing during that moment — now reappears as “The Daisy,” the lead single from his forthcoming album Tread on Brainfeeder. Named for the Cube-solving method, “The Daisy” is a soft and tender slice of 2-step. Its high-pitched vocal teems with longing while sonics whir, crank and zip like intricate machinery and meteor showers. Put this one on for the 4:00 a.m. drive home. — K.R.

“Flex,” the collaboration between UK producer Scratchclart and Baltimore vocalist :3LON, is the kind of club track that sears its lyrics into your brain. For instance: “If someone told me not to flex, I wouldn’t know what to do next/ Dirty money on my checks, what’s the price of happiness?” :3LON’s tone may be honeyed and warm, but everything else about “Flex” is icy cold, from their thematic money lust and willingness to help one “meet your maker”, to Scratchclart’s brooding, gut-punch production. “Flex” is the opening track from Scratchclart’s forthcoming Afrotek EP (out next week via Hyperdub), on which he “explores his UK Gqom hybridisation of South African and U.K. dance music,” according to the description on Bandcamp. — K.R.

We can’t actually time travel, but Miami-based DJ and producer Ucros picks us up and drops us right into a rainbow tunnel of ’80s nostalgia with the seven-minute joy rush that is “Benjamin Pink.” Punchy drums echo through a shimmering cascade of synth stabs and uplifting melodies. It’s the kind of song that makes you wanna don pastel blouses with severe shoulder pads, wipe a stripe of red lipstick across your face and hit the neon night. All that said, it’s still decidedly modern and crisp. Pump up the bass (and those Reeboks), and jam to this tune on Deep State Records. — K. Bein

Over a tough. sinewy beat, Indiana-based producer and photographer DJ E-Clyps growls all the things he wants to be free to do: live, vote, dance, be whoever he pleases, love whomever he wants. It’s a powerful anthem from the artist who gained exposure amidst the global BLM protests upon photographing the protests in his native Fort Wayne. E-Clyps’ images subsequently appeared in publications including Time and New York Magazine and included a sold-out gallery exhibition.

“Dance Music has always been about freedom and expression, it’s ingrained in the roots of Dance culture,” the producer says in a press release. “It’s the roots of House & Techno created by Black & Brown people as well as rooted in the gay community… music was the message: as well as an escape. ‘Be Free’ was made to be a part of that culture and tradition. I thought it was more important now than ever to make music that not only spoke to bodies on the dancefloor, but also the heart, to speak to people in ways that many wish to express but sometimes cannot find the words. That is the purpose of music, and that is what I hope makes people gravitate towards this record.”