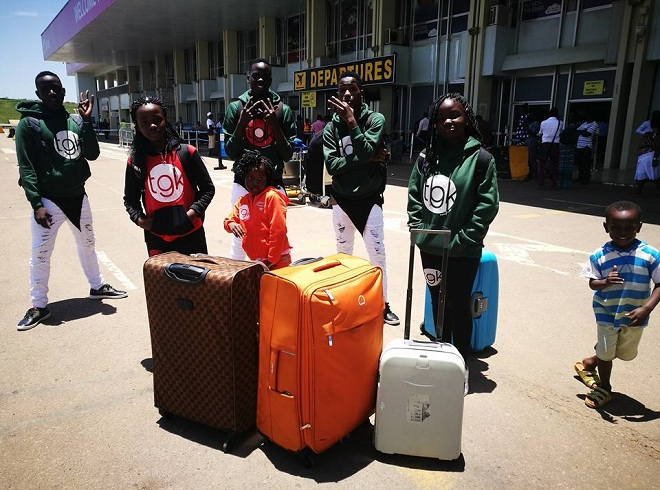 The Ghetto kids aka Triplets Off For AFRIMMA.

The Ghetto kids have this morning set off for the United states to attend the Afrimma Awards USA in which they were nominated under the best dance group category and their manager under best manager. Two of the ghetto kids will not be travelling withe the group as they are candidates and therefore  have  to prepare for national examinations.

Among other nominees is Bebe Cool, Eddy Kenzo, Irene Ntale, Savy Films whose attendance of the event has not yet been confirmed. Check Full Noominee List here. Full Nominee List For Afrimma Awards USA.

The Afrimma Awards & Music Festival 2017 Edition  is set to take place on the 8th of October at ‘House of Blues’, Dallas , Texas, United States.