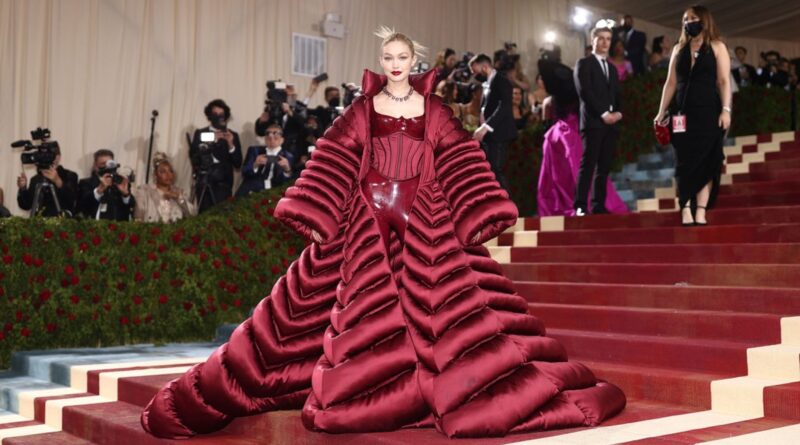 “But I think that’s what everyone says about their kid,” the model tells ‘Sunday Today.’

Gigi Hadid at The 2022 Met Gala celebrating In America: An Anthology of Fashion held at the The Metropolitan Museum of Art on May 2, 2022 in New York City.

Gigi Hadid opens up about her 2-year-old daughter Khai in a preview of a new interview with Sunday Today.

“I mean, I think she’s a genius,” the model said in her chat with Willie Geist for Today’s Sunday Sitdown, which is set to air in full this weekend. “But I think that’s what everyone says about their kid. It’s so much fun. The more that she talks, and understands, and remembers, it just gets more and more fun. And she’s a blessing.”

She went on to add that her daughter with Zayn is “so mobile, so early in the morning. So mobile — jumping off things. Very brave. Which is great but, you know… We’re practicing doing dangerous things carefully. That’s what I’m gonna go for.”

Gigi and Zayn welcomed their daughter in September 2020. The couple broke off their engagement last year following news that Zayn had a dispute with Gigi’s mom, Yolanda Hadid, that the 57-year-old claims turned physical. But things seem cordial between the co-parents, with Gigi wishing Zayn a happy Father’s Day back in June.

In the new interview, Hadid also dished about how her new clothing label, Guest in Residence, came together. “I built this team off of friends of mine in the industry that I’ve worked with for years,” she said. “So it’s really an honor, and it’s so nice to look back on the 10 years since I officially started modeling and realize that in between all the photos, there’s real experience and life and memories with people that are never seen in the photos. I always say, if you look around, you can learn so many things beyond modeling in that job. And I think that every person — photographer, creative, stylist, businesspeople behind the scenes — all of those people really got me to where I am today because I’ve tried to watch them and learn from them even if they didn’t know.”