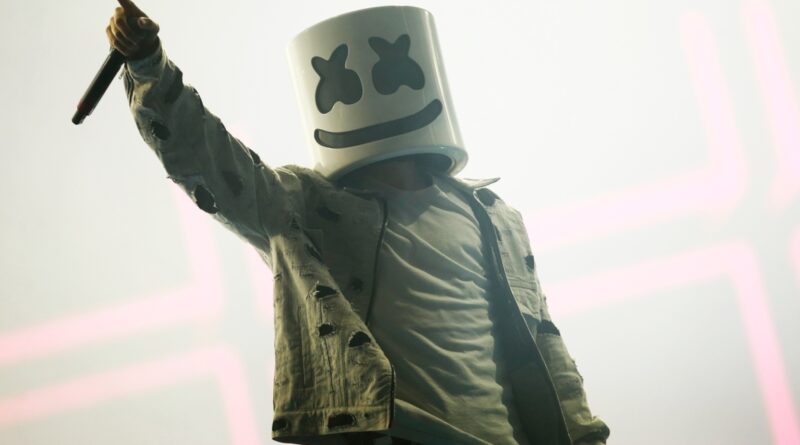 The “Heavy Action” remix will debut during Monday’s season opener between the Denver Broncos & Seattle Seahawks.

Marshmello performs at the Mundo Stage during the Rock in Rio Festival at Cidade do Rock on September 3, 2022 in Rio de Janeiro, Brazil.

ESPN has enlisted Marshmello ahead of the 2022-23 NFL season to remix the classic Monday Night Football theme song.

The helmeted DJ will release the first-ever remix of the “Heavy Action” theme song on Monday night’s (Sept. 12) NFL broadcast across ESPN, ABC, ESPN2 and ESPN+, during the season opener between the Denver Broncos and Seattle Seahawks at 8 p.m. ET.

“Working with ESPN is a dream come true as Monday Night Football and the NFL have been a part of my life ever since I can remember,” Marshmello said in a statement. “Having the opportunity to put my own spin on an iconic song that NFL fans everywhere recognize was an amazing opportunity.”

Kevin Wilson, creative music director for ESPN, added, “Our goal was to take the classic Monday Night Football music and add a contemporary vibe to it. To get there, we wanted to enlist an artist, a move we have never previously done with a ‘Heavy Action’ remix.”

Additionally, Marshmello will also be responsible for soundtracking Monday Night Football‘s weekly promotional spots as the network’s official NFL music curator, starting with his new single “Grown Man” being used to welcome Russell Wilson back to Seattle for his first face-off with his former team.

Last month, the DJ hit the stage at the 2022 MTV Video Music Awards with Khalid to perform their collaborative single “Numb,” which recently received a boost up the Dance/Electronic charts thanks to Alok’s remix of the track.