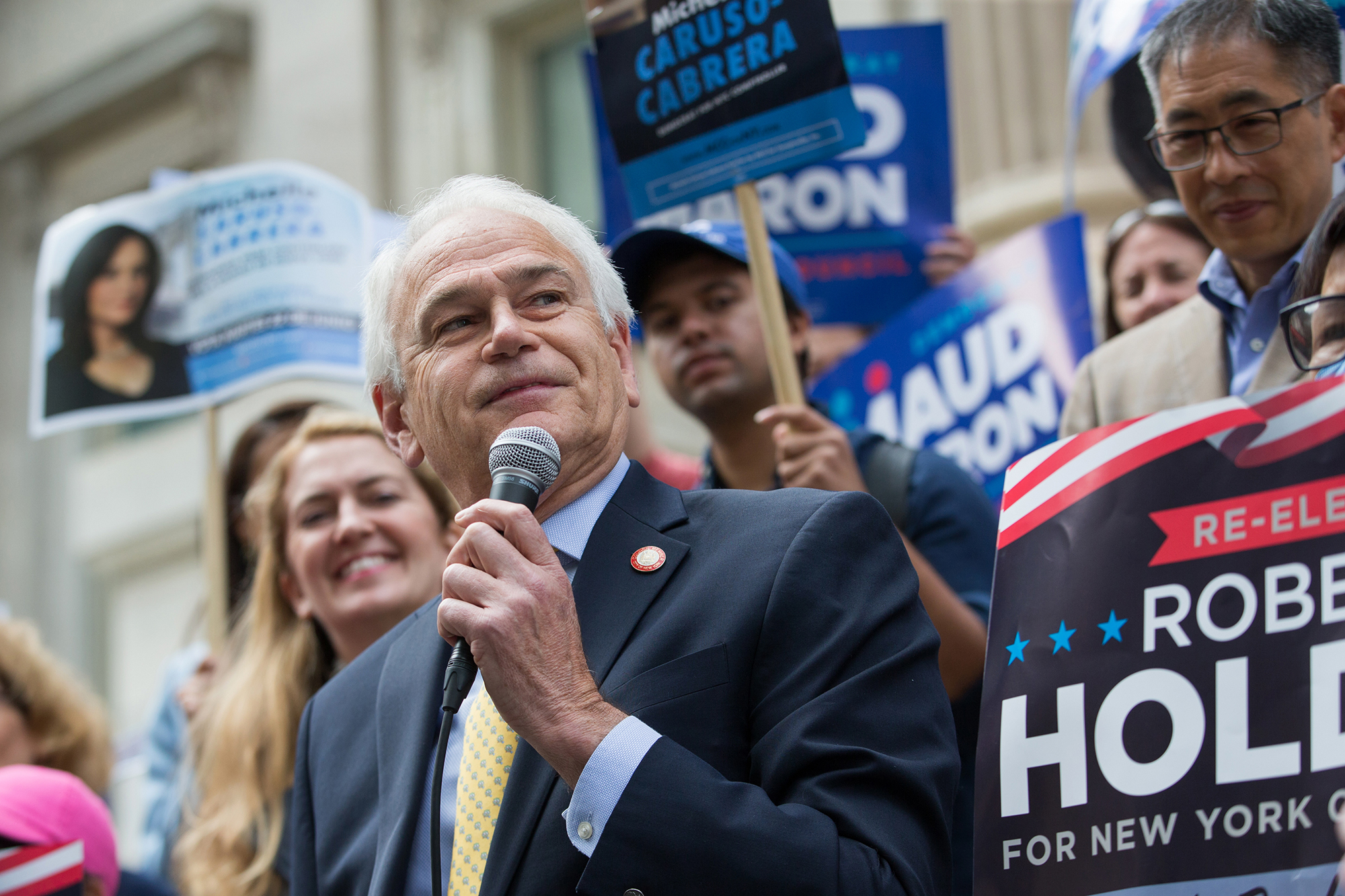 A Queens councilman asked Gov. Kathy Hochul to activate the National Guard to Rikers Island amid a staffing crunch that’s led to dangerous and chaotic conditions for both inmates and staff.

Councilman Robert Holden (D-Queens) made the request to the governor in a Friday letter that said “violence, death and mayhem are now a regular occurrence at the facility.”

“Please activate the National Guard to assist the overstretched Department of Correction Officers at Rikers Island Correctional Facility,” Holden wrote in the missive.

“To keep both inmates and officers safe, the facility needs additional staff.”

Holden pointed to a string of deaths at the facility — ten in just nine months, including at least one that occurred from a drug overdose — and said both inmate advocates and union brass have been asking for help but Mayor Bill de Blasio “has ignored” their pleas.

“The City Council, federal monitor, union, advocates and inmates themselves have all raised the alarm. Nothing changes. As Governor, you can acknowledge the emergency we are facing and mobilize the National Guard. Other states mobilized National Guard units during the COVID pandemic to provide additional support to their prison systems,” Holden implored.

“The New York National Guard has military police units that can certainly supplement existing security at the jail. Please act immediately, before another life is lost.”

On Monday, following a chaotic tour of the facility for elected officials that included an inmate’s attempted suicide in front of two state assembly members, Holden doubled down on his request.

“The Mayor has already checked out, abandoned our hardworking Department of Correction Officers and broken his promises. They’re still being forced to work triple shifts, making their jobs even more dangerous,” Holden told The Post.

“A lack of leadership and poor policies have made the Rikers Island facility dangerous, not the location. New York’s Boldest need decent working conditions. Inmates and officers alike are in danger of being hurt or killed.”

Holden’s office said Hochul is yet to reply to his request. A spokesperson for the governor told The Post she is “deeply concerned about the situation” on Rikers Island and is “exploring options, including reviewing legislation, to keep New Yorkers safe.”