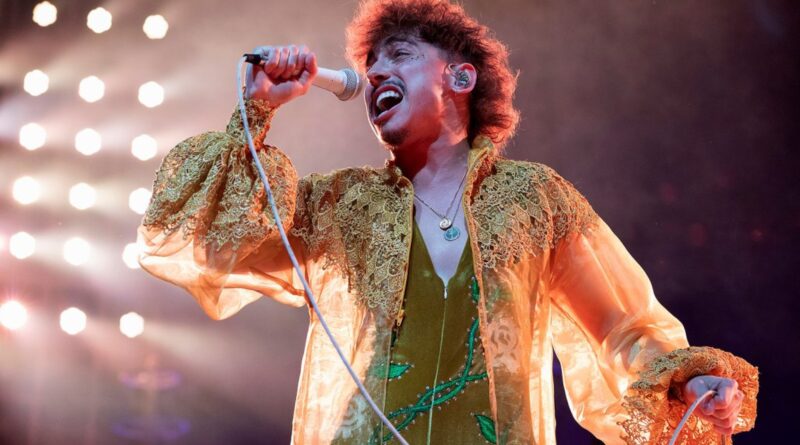 The new dates come more than a month after singer Josh Kiszka ruptured his eardrum.

Josh Kiszka of Greta Van Fleet performs on stage during their ‘Dreams In Gold Tour’ at Rogers Arena on August 30, 2022 in Vancouver, British Columbia, Canada.

Back in October, Greta Van Fleet were forced to postpone seven shows of their Dreams in Gold tour after singer Josh Kiszka ruptured his eardrum during a show in Bangor, Maine.

“We appreciate your patience as we navigated logistics and can’t wait to see you again soon,” GVF captioned the post, noting that original tickets are still valid for the rescheduled dates.

After his ear ruptured in Maine, Kiszka said he’d been experiencing a “situation” in his left ear that’s “caused plenty of infections, tinnitus (ringing in the ear) and difficulty hearing” — leading Greta Van Fleet to postpone three shows in support of their latest album, The Battle at Garden’s Gate.

After playing at the AT&T Center in San Antonio, Texas, in early November, the band had to reschedule four more shows. “I just wanted to express how beautiful and how awe-inspiring these couple of shows have really been, truly. Also, unfortunately, they’ve been rather painful,” he said in a video message to fans announcing the postponements. “The last time I spoke with you, I had asked for your understanding; I was dealing with a ruptured eardrum. Unfortunately, while the eardrum continues to heal, it also has continued to cause me great deal of physical pain, which has made it very difficult to perform.”