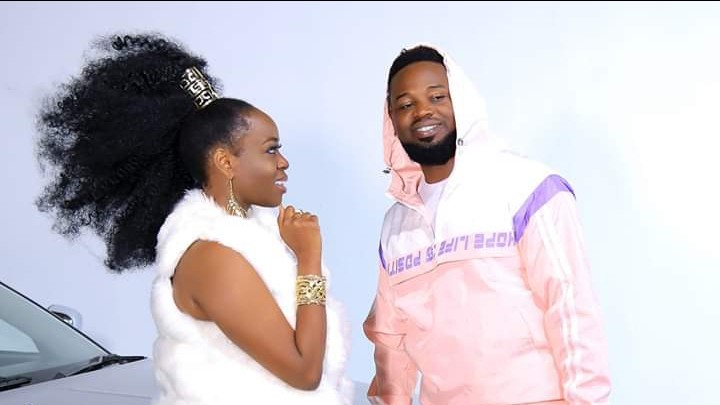 Socialite Angella Katatumba has come out to clear the airwaves about all that has been moving around in regards to their relationship with music producer and singer Daddy Andre that was so in the air.

In her own words, Katatumba says they had a very good relationship where Andre was taking very good care of her and spending all he could on her.

“There is nothing he didn’t do or buy for me and he never let me pay for a thing. He introduced me to all his friends, family, relatives and he even took me to his village.” Katatumba says.

“I also left him in January, because, he completely refused to do the HIV test.” Katatumba said addi that it was not an easy decision that made her feel horrible, especially after, Andre poured all the love on earth on her.

“Despite that, I had to stick to my principles. I decided to keep it professional and focus on promoting our music.” Katatumba says.