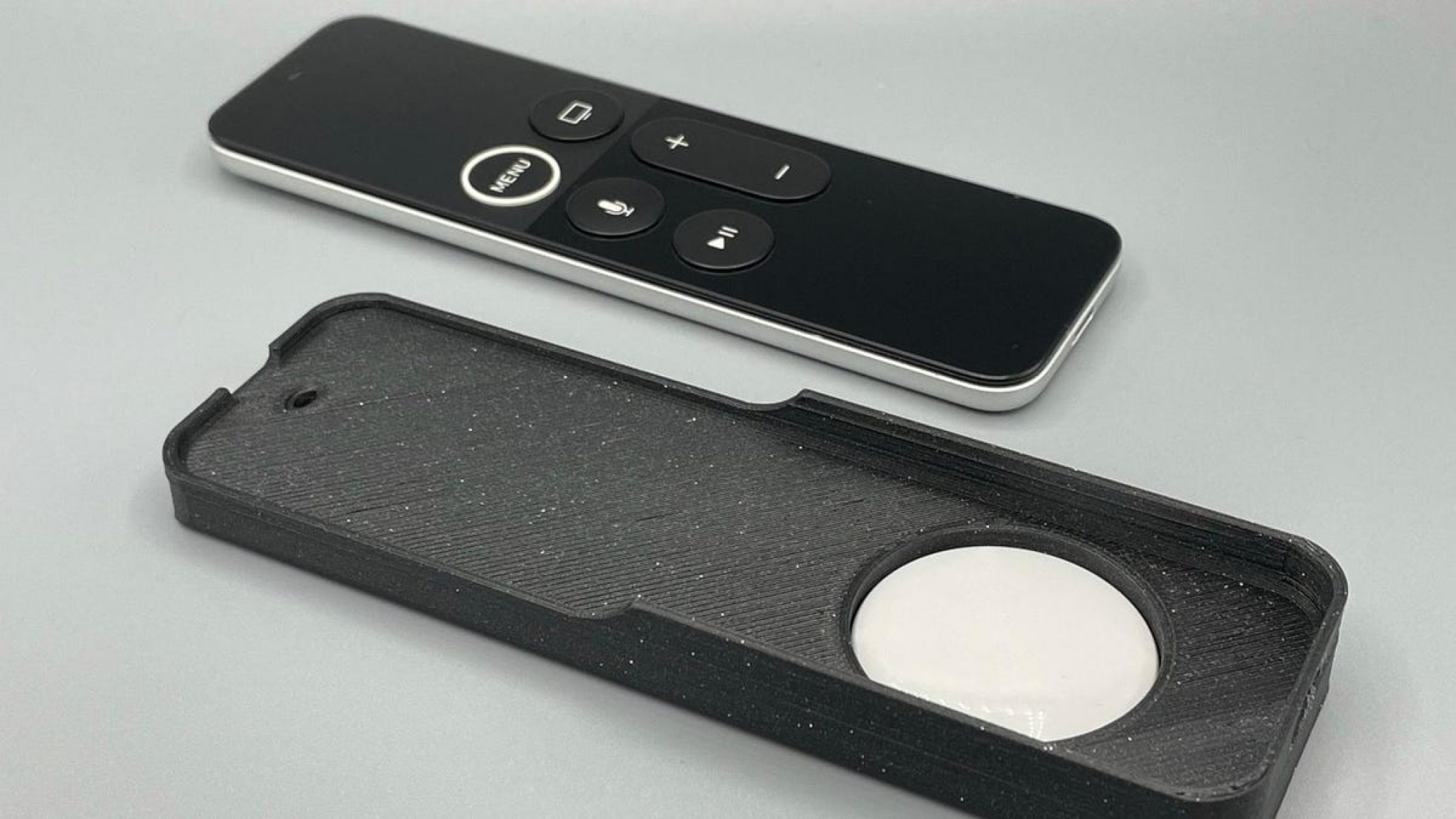 In the months of rumors leading up to Apple’s official AirTag reveal, I couldn’t help but shake the idea that somebody was going to try to stick one on their Apple TV remote. Of course, somebod(ies) absolutely did.

Upon receiving their newly released AirTag devices, multiple Apple TV users shared their plans for affixing the trackers to their streaming remotes using all manner of adhesives—some of them more outrageous than others. There was duct tape. Rubber cement was at one point suggested. Others recommended double-sided tape, velcro, and even sticky silicone cases to fasten the AirTag to what is perhaps the most widely misunderstood remote on earth.

But maybe the best option so far—the one that least makes your expensive Apple TV wand look less like the victim of a toddler who broke into the glue drawer and went wild—is a 3D-printed AirTag Case for Apple TV Siri Remote from Etsy shop PrintSpiredDesigns, which was earlier spotted by MacRumors.

The remote sleeve will cost you all of $13 at the time of this writing, and the best part? Its product description states that the Apple tracker “clicks satisfyingly into place, and the Siri Remote fits snugly and securely overtop.” In other words, it doesn’t even need to be permanent.

Now, the case is only available for the Apple TV HD and Apple TV 4K Siri remote. It does have a back opening for Lightning charging without having to disassemble the component parts, but the product description does state that as a result of the “orientation of the AirTag in the case, the loudness of the AirTag speaker may be reduced.”

The ability to lose the Apple remote is often among the top complaints from Siri remote naysayers. If this sounds like a problem specific to your own user experience, might I recommend simply putting the remote on your couch’s armrest, on the coffee table in front of you, or literally anywhere but the cracks between the cushions that are evidently regularly eating your Apple TV remote? A remote basket, maybe?

However, if you absolutely must affix the AirTag to your remote, for the love of god, do not use glue. Try this perfectly fine solution instead.