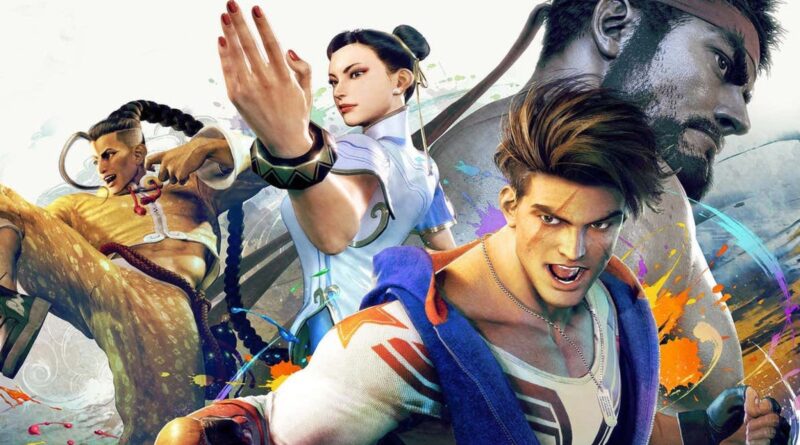 Capcom’s Street Fighter series has been going for 35 years, and stood as one of the biggest gaming franchises around. Whenever a new entry is announced—as in, a proper one, not a new version of a previously released title—it’s treated as a big deal, and that’s exactly what we got with the real deal reveal of Street Fighter 6 on Thursday.

During PlayStation’s recent State of Play livestream, Capcom debuted the first gameplay for their upcoming arcade fighter. Overall, it serves serves as a great showcase for what awaits in 2023, putting the focus on four fighters from the game’s roster. Along with series veterans Ryu and Chun-Li, both of whom are now aged up, the trailer showcased Luke, the final DLC character for Street Fighter 5, and Jamie, a newcomer who specializes in the Drunken Fist fighting style. Watching the four of them do physics-defying martial arts, strike a pre-match pose, and punch and kick each other silly looked quite good. It’s the kind of beautifully animated madness that I myself love watching other people love, because I’m terrible at fighting games.

But what sticks out about the trailer is just how much confidence it carries itself with from start to finish. Street Fighter 5 released in 2016 to a mixed response, and while it eventually picked itself up, it was clear that whenever Street Fighter 6 released, it would have to right the ship. (In general, 2016 wasn’t one of Capcom’s best years.) When we finally got confirmation of SF6’s existence back in February, discussion around the brief teaser largely settled on its logo. Comparatively simpler to earlier games, fans viewed this as a sign of worry (somehow?) that the next entry in Capcom’s fighting franchise may be losing its identity. No game can afford to be boring, least of all a fighting game, where what helps set one apart from its ilk is its roster and its presentation.

Once you’ve got the reaction to that original SF6 teaser in mind, it’s easy to see how the newest trailer exists as a three-minute “lol, no” to those concerns. It makes its intentions known right from the jump when the standard Capcom logo at the opening is replaced by one done in a graffiti style reminiscent of Sega’s cult classic action game, Jet Set Radio. And if that isn’t enough to convince you, Luke’s intro at the start will. As he hits a punching bag, the impact of these strikes are emphasized with flashes of blue and yellow to match with his outfit. Later, when Chun-Li avoids an attack by her protégé Li-Fen, she playfully kicks the girl’s head, at which point a sound effect pops up on screen. As the trailer continues, splashes of colors persist throughout, such as when Jamie’s spinning handstand kick turns the background into a mix of red, gold, and blue.

Capcom describes the game on its website as “all about street culture,” and that certainly comes across. The characters, both those who’ve been officially revealed and those who haven’t, all have great designs that absolutely feel like the culture was in mind when these fits were conceived. Logos for the game’s three modes sport a similar graffiti style that look good and also feel lovably dated, like Capcom’s been sitting on this artwork ever since the early 2000s in the hopes that it would come back into style. Similarly, the trailer’s hip-hop song is a banger whose official release I’m eagerly awaiting. Beyond fitting with the vibe that the game’s going for, it’s just great in its own right, and bodes good things for the overall soundtrack. Hip-hop loves itself some Street Fighter, so it’s nice to see that Capcom go back to the genre after the two made their first real crossover with Street Fighter III: Third Strike in 1999.

The Street Fighter franchise has always been known for its flashy characters and bright colors, but 2008’s Street Fighter 4 took that to a new level. With cel-shaded 3D graphics, and ink smudges and sprays being used to accentuate visual effects, it looked quite striking and distinct at a time when most of the big fighting game franchises were aiming for a more realistic look. Either through actual in game footage or its various intros, this looked good back then and still holds up fairly well nowadays. When Street Fighter 5 released in 2016, it went for a bit more of a clay-like direction that felt a little more geared towards realism than its SF4. For the most part, it looked solid, but this pseudo realism didn’t work for every character in that game’s roster.

With the RE engine that’s been behind several of their recent high-profile releases, Capcom appears to have found a good balance with Street Fighter 6: photorealistic, certainly, but they haven’t forgotten to bring SF4’s beautiful use of color. Even when there aren’t paint and ink explosions, the art style still looks incredible. Energy flares around characters beautifully as they prepare to go into the franchise equivalent of Super Saiyan, and the environments look stunning. Watching Ryu and Chun go at it has never looked so stunning, and small details like Ryu’s arm muscles flexing before a punch sell the impact of attacks.

All of this, combined with that aforementioned song that’s much catchier than it has any right to be, make it clear that Street Fighter 6 wants to carry itself like it’s a big deal. And it’s hard not to be won over by the game’s presentation. While it’s quite awesome and beautifully animated, it’s also cheesy in the best way that several Capcom titles excel at, like Devil May Cry. And if all of that isn’t reason enough to be excited, then just having a more striking logo certainly helps. If this trailer is just the beginning, future trailers for Street Fighter 6 are going to be quite a sight to behold ahead of the game’s 2023 release.