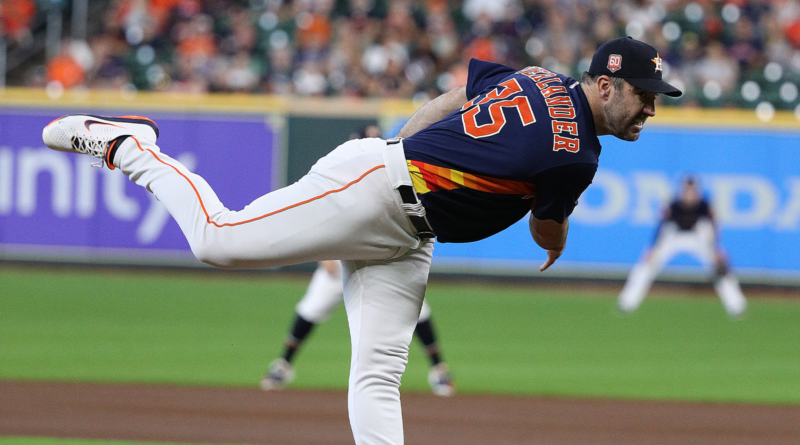 Justin Verlander pitched three scoreless innings before departing because of right calf discomfort, and the Houston Astros used five relievers to close out a 3-1 victory over the Baltimore Orioles on Sunday.

Alex Bregman homered for AL West-leading Houston, and Yuli Gurriel had a two-run single. The Astros dropped the first two games of the weekend set after winning four in a row.

The Houston Astros picked up a 3-1 victory against the Baltimore Orioles with help from Alex Bregman’s solo home run. It was his 20th homer of the season.

It was the shortest outing of the season for Verlander, one of the front-runners for the AL Cy Young Award. The 39-year-old right-hander allowed three hits, struck out six and walked one.

Houston’s bullpen then allowed one run and four hits over six innings. Ryne Stanek (2-1) tossed a perfect seventh for the win, and Rafael Montero worked a rocky ninth for his ninth save.

Verlander threw 60 pitches, 39 for strikes. He allowed consecutive singles to Cedric Mullins and Adley Rutschman in the first, and then struck out the next three batters.

Verlander lowered his major league-leading ERA to 1.84. He leads the AL with 16 wins.

Verlander had Tommy John surgery in 2020 and missed all of last season.

Following an off day, Houston opens a two-game series at the Texas Rangers on Tuesday. The Astros have yet to announce their starter for Tuesday.

Get more from Houston Astros Follow your favorites to get information about games, news and more.