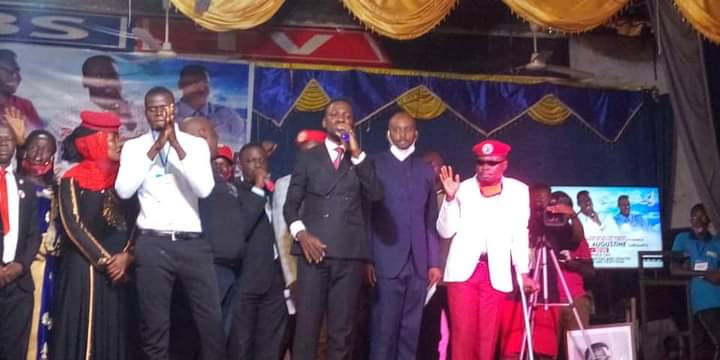 “We shall still be Ugandans with our own interests your NUP will never pay fees for our kids. Apart from attending burial ceremonies to promote their political interests” Kalifah said.

Kalifah was referring to the speech made by the National Unity Platform president; Robert Kyagulanyi at the burial as he drove the speech along political lines.

Kyagulanyi used Biblical stories of Goliath & David, King Nebuchadnezzar among others to show that he is the chosen one to lead this country as a president.

Kalifah Aganaga started his ranting recently when he was denied the NUP ticket for the Lubaga South Constituency parliamentary seat and days later he was seen at the National Resistance Movement(NRM) Secretariat, later releasing a song for NRM presidential candidate; Yoweri kaguta Museveni.