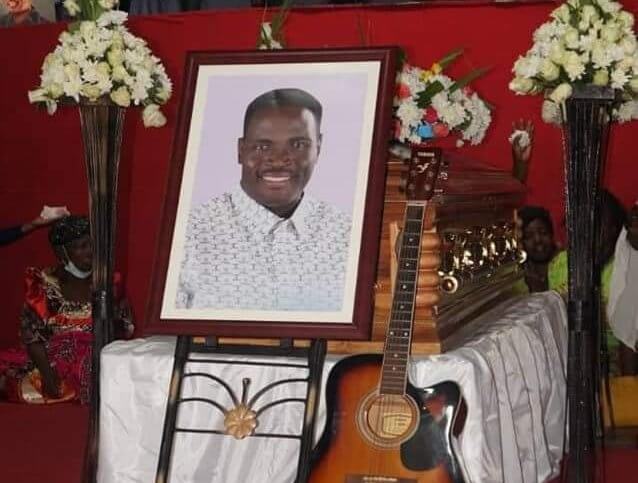 Revival Christianity Senior Pastor and Proprietor Revival Band as well as ABS TV has today afternoon been laid to rest.

It was a mixture of feelings at the Kawala-based church as the senior pastor got laid to rest. To some people he was their provider and the fact that they had no clear vision of what to do next got them weeping. Others chose not to cry over his death but celebrate his life and legacy and among these was his son; Andrew Jjengo.

While reading part of the late’s will, his lawyer told the mourners that Pr. Yiga Chose his son Andrew Jjengo as his heir both in the family and in the church.

“I request the other Pastors in the church to let Andrew Jjengo take on as the lead pastor.” reads part of the will.

He also called for unity within the church calling upon congregants and the pastors to always advise Andrew whenever it is necessary. He also asked his workers at his station ABS Television to co-operate with Andrew in a similar manner they did with him.

In response, Andrew assured the public that he was very ready to continue or even better his father’s legacy and trait.

“Dad has been loving, I promise to equally love you all” he said.

The rest of the will(especially about the other possessions that the late had) was privately read to the family members in privacy.

Yiga breathed his last on 23rd October 2020 at Nsambya hospital where he was admitted for weeks after he became Ill. After his death, his body was transfered to A-plus funeral management home in Mengo.